Parts of Guanacaste, Puntarenas, and Caribbean coasts could permanently fall below the high tide line by 2100 is climate change is not reversed 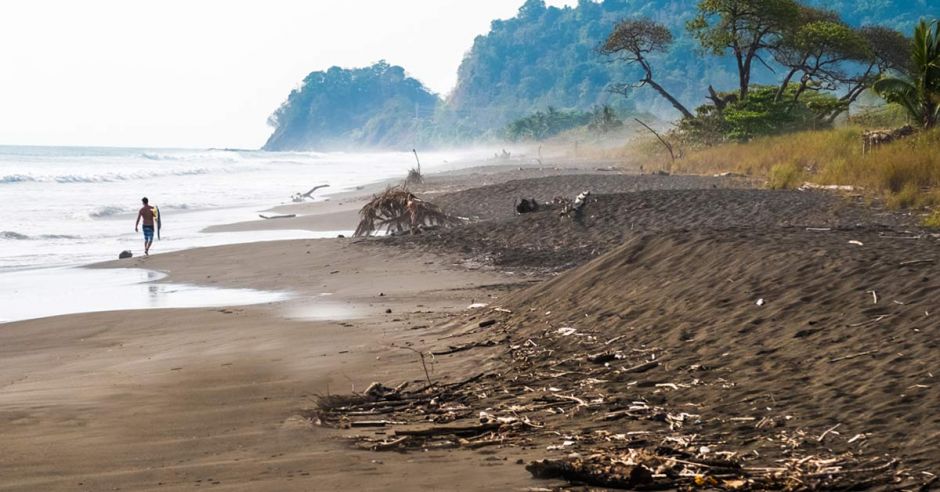 QCOSTARICA – If climate change is not reversed millions of people around the world are threatened by rising sea levels which, along with other factors, could wash over entire cities throughout this century.

What will happen to Costa Rica?

Some beaches that we frequently visit today, such as Hermosa, in Jacó, and Dominical, in the homonymous district of Puntarenas, could be underwater by the year 2100, according to a model published by Climate Central.

The lands that could be completely covered underwater by 2100 are mainly found on the coasts, in the territories of Guanacaste, Limón and Puntarenas.

Other popular sites that future generations could not visit in the year 2100 are: Avellanas, Playa Negra and Junquillal (Guanacaste); Malpaís, Montezuma and Samara in Puntarenas and Playa Bonita in Limón.

In addition, the Chira and Venado islands will lose a portion of their territory, as well as part of Parismina and the Pacuare Nature Reserve in the Caribbean will disappear.

Estimates of sea level rise have evolved over the years and will depend, among other factors, on rising temperatures on Earth, which could run its fast course if climate change is not fought.

This rise in sea level will be between 0.6 and 2.1 meters over the course of this century, a figure much higher than previous estimates, according to a Climate Central study published in 2019 in the journal Nature Communications.

That means that, by the year 2100, the land where 200 million people live could be practically uninhabitable.

QCOSTARICA The Bishops of the Episcopal Conference of Costa...
Latin America