The Reality Of Realty In Nosara And Samara 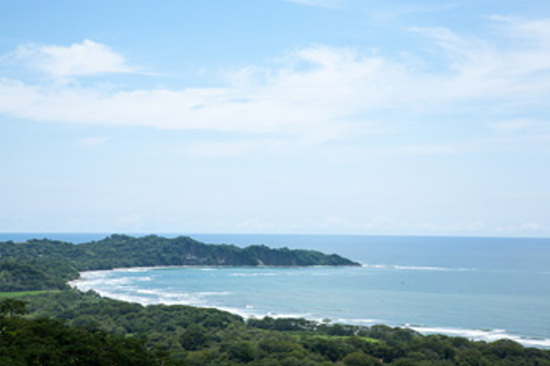 A long, tranquil beach, great surfing, a plethora of yoga classes, and all within walking-distance from your day-to-day life, It sounds like the perfect creative environment, and for many, it is. The ability to take some time off from the everyday, and turn Nosara or Samara into your base can be attractive, but can it be affordable? 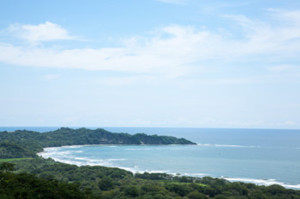 For longer-term renters, the balance between location and price can make-or-break the magic of the beach bum culture which brings in people from all over the world.

“Most people think that Nosara is Guiones,” said Nosara Home Rental’s Bobbi Johnson, referring to the idyllic vacation mecca of Playa Guiones, with it’s long, sandy beach, plentiful surfing, a vibrant yoga scene, and a commercial district with a few shops, outfitters, restaurants and groceries – all within walking distance.

According to all of the property managers and owners VON had the opportunity to speak with, rentals usually take the form of per-week rates, because owners are savvy to the fact that they can charge more per-week than they would make if they were renting on a monthly basis.

“Most of the biggest homes don’t rent long-term,” said Agnes Pinheiro, an owner of Mango Properties. “The way to get a longer-term is if the owners don’t come here often, maybe they come down for a few weeks every year. In the high season, most owners don’t rent monthly because they can make more money weekly.”

The price points in Guiones can run from $400/month for small cottages outside of the commercial area to upwards of $4000/m vacation castles on the hillside neighbourhood of Las Huacas, however most average rentals are two-to-three bedroom homes equipped with hedges and pools, those normally can be found for between $1500-$2000 on a monthly basis.

“A lot of people looking for longer-term rentals can’t pay the money for Guiones,” said Pinheiro. “They’re looking to lowball for budgets at $300-400/m, which you won’t find. A small house with no AC in Guiones will go for $1000 per month.”

Owner-manager discussion, she says, are the source of price-points. “Some owners are very fixed on their prices,” she said “but others are more flexible. Someone who has two bedrooms with a pool in Guiones and the same in Pelada won’t get the price they’d get in Guiones because it’s an in-demand area. If the owner really wants to rent the home, and use the income to pay for the expenses on the home, they’ll listen to our advice on pricing.”

Brian Bombard, owner of Reef Realty, agreed with the designation of Guiones as an in-demand zone, and expanded on the difference in price between Guiones and Pelada, which on average is 20% cheaper per month.

“In Pelada, it’s not a commercial zone, it’s a community zone,” he said. “ It’s not really the vacation zone, people go to Pelada because they want to live there; there’s more home infrastructure there. Whereas Guiones is a vacation hotspot, where they can be close to the surf and the yoga institute, which are the major draws to this area.”

Although most of Bobbi Johnson’s clients are repeat vacationers, she said that recently the demographic has shifted, “I just had a rash of people who just contacted me through the internet, most of them are coming for one or three month stints.” She even says that you’ll get the bang for your buck, no matter which property or how long you stay. “Everyone gets the same thing, once a week maid, a gardener, but normally if they stay over two months, I charge utilities,” she said.

Access to education could be a deciding factor for families

“It’s important to understand the difference between the communities,” said Bombard. “You have totally different communities, between commercial, infrastructure and language; Samara has Spanish as the predominant language, whereas here it’s English. Because we don’t have a paved road or access to the same infrastructure, [Nosara] is harder to get to.”

In nearby Samara, the difference can be stark, both in price and environment. The most noticeable difference is the ease of access; Having a paved road makes the town of Samara, and it’s access to both Carillo and Samara beaches, a very attractive option.

Property manager Colleen Jonsson from Exclusive Escapes, says it could be hard to find a long-term vacation rental in Samara “because people are asking for longer-term rentals over the high season, and there’s usually weekly bookings. It’s hard to find something like a six-month booking straight for a given property.”

Property owners in Samara try to charge Guiones prices, according to Melissa Marin, “Some clients want $1500-2000, but the reality is they end up renting for $400-$700 per month for a small tico home. Some properties with more amenities will go for $1200-$1500/m. We’ve got a place near Laguna Vista, a luxury home, and the owner would ask for $1500, but the renters there are paying closer to $500.”

Owning a property that can fetch thousands of dollars per month in the high season seems lucrative, however not being able to rent it out at those times because of obligations to long-term renters from the low-season can be daunting.

“The problem is that the tenant can stay for a maximum of three years,” said Marin, referring to Law 7527, which grants an automatic three-year term on rentals. “Regardless of whether the landlord wants them out or not, for whatever reason, as long as they pay the bills on-time, and are good tenants, they have the right to stay.”

Marin, like Nosara’s Bobbi Johnson, has seen an apparent sea-change in the type of person coming to rent properties in Samara, as well as the duration they are staying for.

“The tourism that we’re getting right now comes with a lower budget,” she said. “The people who want to stay here long-term are mostly backpackers, and don’t care about living simply in Tico homes. People who can afford to pay $2000 per month, I think they don’t want to quit their jobs and move down here, but they’ll only come for one or two months with their families on vacation.”

Louise Tangri, a Samara resident, Canadian native, and owner of Samara Hot Vacations also sees the The market shift. “For longer-term rentals, there used to be tourists, or people building part-time homes,” she said. “But last year a trend started with people moving here with families, children or retirees, so now we’ve got a market for long-term rentals, and even more long-term vacationers taking a month or two off work to enjoy life.”

Between Samara and Nosara, another difference is Nosara’s option for childhood education: The Del Mar Academy, which teaches students in a bilingual setting with a curriculum duly accredited by the Costa Rican ministry of education.

Although Samara is host to the Samara Pacific School, an educational institution founded in 2008 by Nicole Neukirch Buchbinder, They currently offer up to the 3rd grade. They are in the process of accrediting with the Costa Rican ministry of education.

“The school systems help young families to stay here,” said Brian Bombard, referring to the US and Costa Rican accredited Del Mar Academy. “It allow the kids to have bilingual education, and allow the kids to make friends in the local community. The US accredited school allows American families to continue their studies in an environment that promotes the US education style. So together with the education, and infrastructure for businesses it’s allowing the area to grow.”

There seems to be a growing sentiment that the areas of both Samara and Nosara are fit for work and life, if the rate of new families and new additions to the community from abroad can speak to it. Although the market between the two towns cater to two different demographics, and while they aren’t mutually exclusive and tend to cross over at times, the choice between the two comes down to what the renter is looking for.

Despite the fact that COVID-19 is slowing down the...
Economic Recovery