The Road to Canada: Las Ticas Head For World Cup

The Canadian Museum of History in Ottawa has hosted the official final draw where the 24 nations have been drawn into groups for the Women’s World Cup Championship in Canada 2015.

Costa Rica has placed in Group E along with Brazil, Spain and Korea in the first round of the tournament. The groups are as follows:

Access the Official FIFA Championship Regulations and access (articles 27 and subsequent) for all the possible combinations to the round of 8.

Costa Rica will play its first match at the Olympic Stadium in Montreal against Spain on 9 June 2015.

The first two to qualify, as well as the top third places will move up to the round of 8 of the World Cup. 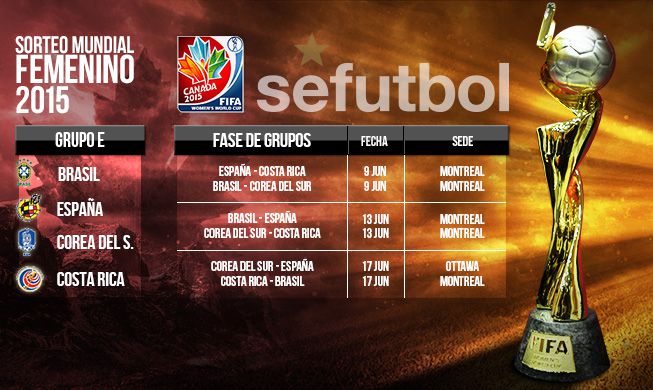