The typewriter might be the snail-writer but it still has advantages over your computer. For one, your ‘files’ cannot be hacked and stolen. The thief must find first where your papers are. If you really want secured files, typewrite it.

Two, it’s more eye-friendly and economical. No glaring screen and no power needed (unless you use an electric typewriter). 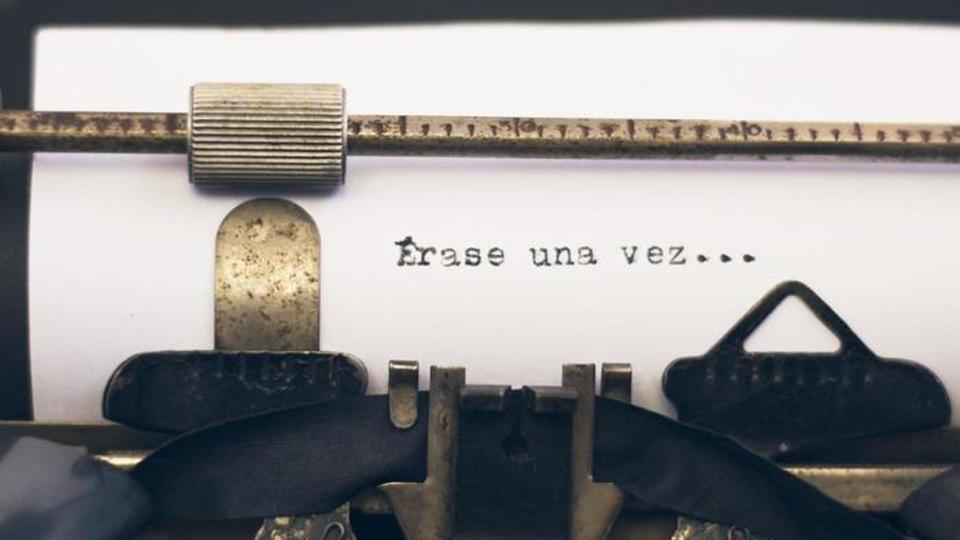 Typewriters survive despite digital age. A company in the United States is thriving by manufacturing typewriters, a product many thought computers and the internet would drive to extinction.

New Jersey-based Swintec says the typewriters appeal in the computer and interconnected age because they are social media-free and can’t be hacked.

The typewriter is “far from dead,” says Edward Michael, General Manager of Sales at Swintec. “When you turn a typewriter on you can’t sit there for forty-five minutes and check your emails, you can’t go on Facebook, you can’t go on different programs. You turn it on and you go right to the application you turned it on for. You type a letter and when you’ve finished you turn it off and you’re finished. It gives you 100 percent productivity – no wasted time.”

Don’t want to be totally left out of the digital age? Enter the USB typewriter.

The USB typewriter is the creation of Jack Zylkin, who says the seed for the USB Typewriter was planted a few years ago, when he found a clunky old Royal typewriter out on the curb near his Philadelphia apartment. “I can’t stand seeing things go to waste — especially wonderfully intricate technological artifacts that have been around for almost 100 years — so I took it to Hive76, my friendly neighborhood hackerspace,” says Jack.

Jack was able to clean and fix that old royal up. “After a little spit polish and elbow grease, I was amazed how beautiful the machine was underneath its century’s worth of rust and dust. And even more amazing: it still worked,” Jack explains on his website, USBtypewriter.com.

Why use a computer when you can use a typewriter? The answer is to connect to the Internet! You can’t get online using a typewriter. People seem to think that it’s “easier” to write when you can easily shift paragraphs around or hit the delete button in a second or cut and paste something.

The answer is to connect to the Internet! You can’t get online using a typewriter. People seem to think that it’s “easier” to write when you can easily shift paragraphs around or hit the delete button in a second or cut and paste something.

Being able to do those things certainly, doesn’t have an effect on the quality of the writing itself.

A lot of people write on a computer, but some write in notebooks longhand, some dictate into an iPhone, and some writers use typewriters. But a computer will never be as beautiful as a great vintage typewriter.

For a century, the typewriter was standard equipment in the office. Although we now use computers for modern writing tasks, the typewriter still offers some advantages over digital technology.

For example, in third world countries, manual typewriters provide an advantage over computers both in price and reliability, since they do not require electricity.

Although Costa Rica may not be considered ‘third world’, it is not surprising to find a typewriter in a Tico home, even if only for memorabilia. In downtown San Jose, on Calle 15, there is the shop that continues to sell used typewriters and offers repair services.

On the Office Depot (Costa Rica) website you can find a Brother ML-300 electronic (since it does an LCD 16 character display) typewriter (maquina de escribir in Spanish) for ¢117.990 colones US$207 dollars tax in). On Staples.com (U.S.), an electric typewriter with 90 character correction memory will set you back US$149.99. A Lilian Rose 1945 Mini Typewriter goes for US$84.99.

The typewriter is undoubtedly one of the most important inventions in human history. It was first envisioned in 1714 as a means of recording important documents without a printing press – but the first commercial machines wouldn’t arrive for another century and a half.

Throughout the 20th century, with the standard QWERTY keyboard now a staple, companies like IBM blazed a trail towards the modern, word-processing computer with mechanical and electrical machines. They would fashion the modern keyboard and allow for the easy recording, correction, and reprinting of written information.

The first popular typewriter to bear the familiar design was the 1896 Underwood 1, designed by Frank Xaver Wagner. It featured the four-row keyboard, front key-striking (allowing people to actually see what they were typing) and a shift key allowing for capital letters. It wasn’t the first to offer all of these features, but did so with far superior engineering and, as a result, great success.

Electric typewriters, which used a motor to power the typebar, began to gain a little prominence between the World Wars. The first of note was the Electromatic Typewriter. In 1933 IBM bought the company, investing $1 million, and by 1935 the IBM Model 01 arrived as the first successful electrical model. The powered operation allowed for much lighter keystrokes, while keys weren’t as far apart as mechanical counterparts. This meant far less reaching and hammering.

Did you (do you have) have a typewriter? Which model was it? Let us know in the Comments box below or post to our official Facebook page.