“The world will be divided into groups with and without Covid-19 vaccine,” says former WHO virologist

Virologist Klaus Stohr said more than 90% of the population is susceptible to the infection, and that the world will be divided into those with vaccines and those without. "Common sense tells us that vaccines will not be available to most of the world"

Virologist Klaus Stohr said more than 90% of the population is susceptible to the infection, and that the world will be divided into those with vaccines and those without. "Common sense tells us that vaccines will not be available to most of the world"

(QCOSTARICA) The first COVID-19 vaccines could be ready by early next year, a record speed for science. However, their access will not be the same for everyone.

This was explained by Klaus Stohr, one of the most reputed virologists on the planet. He is an expert in SARS disease. In 2003, he played a key role in a World Health Organization (WHO) investigation that swiftly identified a coronavirus as the cause of SARS. 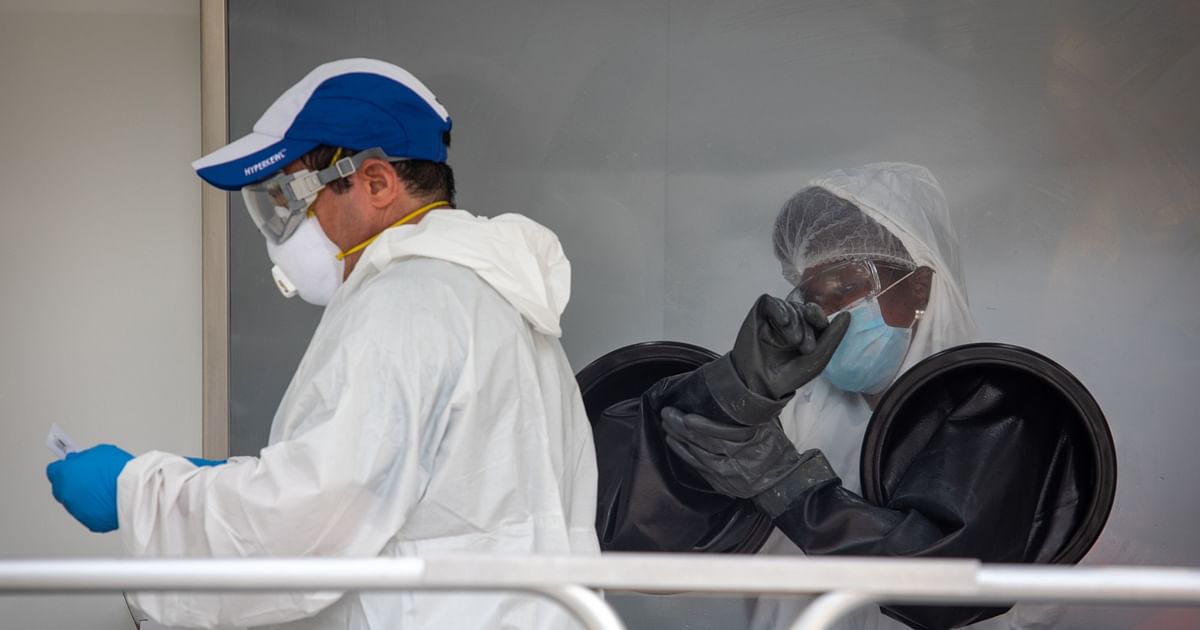 Stohr, who left the WHO to join drugmaker Novartis AG in 2007 and retired a couple of years ago, paints a sobering picture in an interview with Bloomberg.

“Countries like Germany may have a significant amount of vaccine early next year and implementation that can take four, five, six months for the elderly. But the strategy may be different for countries like Brazil, Argentina or Chile that may never receive a single dose of a vaccine,” said Stohr.

“The world will be divided into two groups: those with a vaccine and those without a vaccine.

“We’re in a big, big quandary. We have to throw all the resources we can afford toward the development of a vaccine. On the other hand, I believe common sense tells us vaccines will not be available for the majority of the world.

“There may be, by the end of this year or beginning of next year, a half a billion doses available. The world population is 7.5 billion. Particularly in those countries which have insufficient infrastructure and struggle with their health-care systems and have huge populations, what vaccine are they going to have?

To mitigate the impact of this inequality, the WHO launched a platform called ACT (Accelerator for Access to Tools against COVID-19), following a diplomatic initiative by Costa Rica.

However, the main vaccines in development are not part of the initiative.

WHO currently registers more than 140 vaccines in development, 23 of which are under clinical evaluation. The only ones in phase 3 of development (final stage) are those of Sinovac (China), the University of Oxford together with AstraZeneca (United Kingdom / Sweden) and Moderna (USA).

Both Sinovac and AstraZeneca will carry out phase clinical trials in Brazil to test the vaccine in the Latin American population. The companies are also carrying out tests in countries in other regions such as South Africa (AstraZeneca) and Bangladesh (Sinovac).

“It may be clear that only those who will have vaccine production on their soil will have access to vaccines during the pandemic. I hope it’s not going to turn out this way, but I fear it will. That hopefully will result in more investment into pandemic preparedness and vaccine preparedness in the coming years, so that the next pandemic will be addressed better than this one,” Stohr closed the Bloomberg interview.

Previous articleSuspect arrested in death of Tica in Quepos
Next article“Tomorrow,” says Health Minister on details of opening of airports

QCOSTARICA - For the first time in two months, less than 800 new cases of covid-19 in a single day were registered on June...
Nicaragua