The World Woke Up Without Fidel

TODAY CUBA – Despite his age and visible deterioration, the death of Fidel Castro on Friday surprised everyone and more, there were no even previous rumours about his health.

In Miami, Cuban exiles uncorked bottles of champagne. “Free Cuba!” And “Freedom, freedom!” the shouted the iron opponents of the Socialist government.

While in Havana, the climate was different. Irma Hierrezuelo, a 65-year-old retired nurse, summed up what Fidel meant for generations of Cubans. “He was the other father I knew, I owe him my nursing studies, I owe him all,” said the woman who confessed to having taken medication to control her nerves.

On Saturday, Fidel Castro was cremated under the same reserved atmosphere of is private life.

MORE: Cuba On The Edge Of Change: Photographs from a land of endless and palpable erosion – but also, an uncanny openess among everyday people 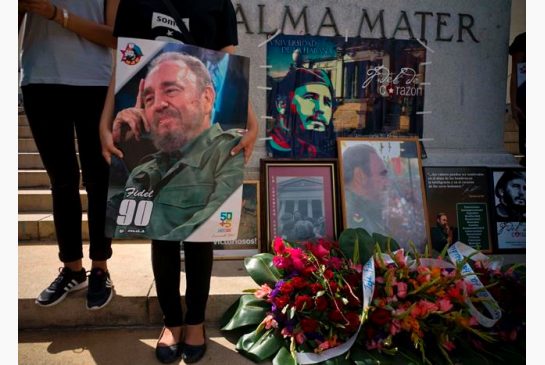 Fidel exerted absolute power over his small Caribbean island for 48 years shortly after  shortly after overthrowing Fulgenio Batista in 1959. embracing communism and setting up a one-party, one-man system that unversalized free health care and education, but never accepted dissent, jailing opponents to his government.

The island, which was preparing to celebrate one of the feats of its historic leader (the landing of the Granma yacht that gave way to the revolutionary), will now mourn for nine days.

A procession with the ashes of Fidel Castro will travel the country for four days to Santiago de Cuba (on the east side of the island), where they will be deposited in the Santa Ifigenia cemetery, on December 4.

Cubans have been without Fidel for almost a decade. Fidel had temporarily ceded power in 2006 to his brother Raul because of serious health problems that brought him to the brink of death. In 2008 resigned definitively to the Presidency, handing the power of Cuba to his brother Raul, a rebel commander during the 1950s and after Fidel taking power, one of the most important figures in the party, serving as Minister of the Armed Forces for 49 years, from 1959 to 2008.

In 2011 Fidel resigned from the leadership of the Communist Party of Cuba. 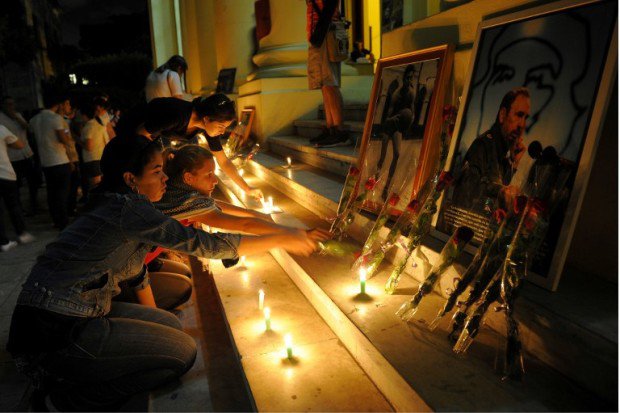 With one Castro gone, questions about what the other Castro will do are being discussed around the globe. Since taking power in 2009, Raul discarded some of the precepts that his brother had considered sacred. And in a stunning embrace that caught the world off guard, he negotiated an end to the 50-year diplomatic standoff with the United States that Fidel had fiercely maintained.

Today, Cuba is solidly Raul’s. A Cuba where groups gather in hotspots to connect to the world by way of the internet, talk to their friends and ‘hermanos’ on Skype and other social media. A Cuba where Americans already clog the streets of La Habana Vieja (Old Havana).

But, do not mistake this what can be called “opening” of society for weakness, Raul has a firm hold on power, secured by trusted military leaders in key positions. In Raul’s Cuba, private enterprise, albeit far from what is now in the free world, plays an essential role.

Fidel’s passing occurred at a time of uncertainty in Cuba, its regional benefactor, Venezuela, with its own serious economic problems. And the lines of Cubans at the U.S. Embassy in Havana, trying to reach America while special immigration privileges are still in place.

In an article in the NYTimes.com Sunday, Cuban officials are quoted as saying they have weathered financial and political swings before, whether they were the American embargo, the collapse of the Soviet Union or the economic troubles in Venezuela. “It will have an emotional impact. It will have a political impact. But it won’t have any impact on how the country is governed. It’s a long time since Fidel was in the presidency,” Roberto Veiga, the director of Cuba Posible, an organization in Havana that promotes political dialogue told the NYTimes.com. 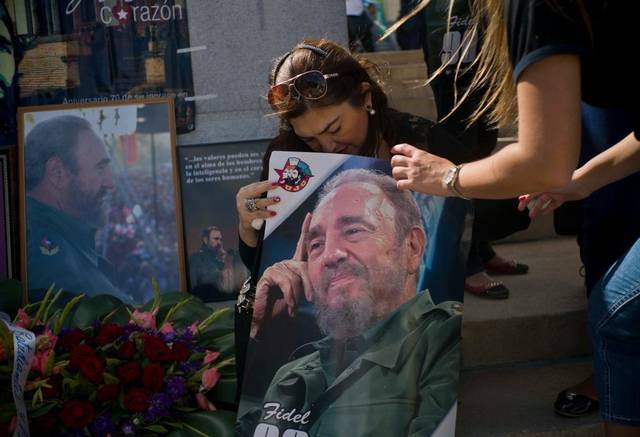 “Fidel’s passing will deeply affect people on the island, but that it would not change the course of the country,” added Veiga.

Some experts contend that Raul held back true economic reforms because of his brother’s opposition.

“Now Raúl will feel more free. The process of change will undoubtedly accelerate,” said Enrique López Oliva, a retired church historian in Cuba, expects change. The NYTimes.com wrote about Lopez, “while he did not rejoice in Mr. Castro’s death, he said, he found himself excited about the possibilities that it could bring for Cuba’s future.”

Berlin is the place to be: the best parks, cinemas, concerts, and cultural life attract many students every year. COVID-19 has changed the situation...
Corrupion

QCOSTARICA - No more soup for you! If the Minister of Public Works and Transport (MOPT), Rodolfo Méndez, has his way, the H. Solís...
Trends