“There are always surprises” are the words of warning and wisdom from outgoing president Laura Chinchilla to Luis Guillermo Solís, who will be sworn is as Costa Rica’s next president tomorrow, during their meeting Tuesday at Casa Presidencial.

“There will be times when Luis Guillermo will probably say to himself  ‘pucha, ¿por qué doña Laura no me advirtió?’ (heck, why didn’t Doña Laura warn me?)”, said Presidenta Chinchilla with less than 48 hours in mandate. 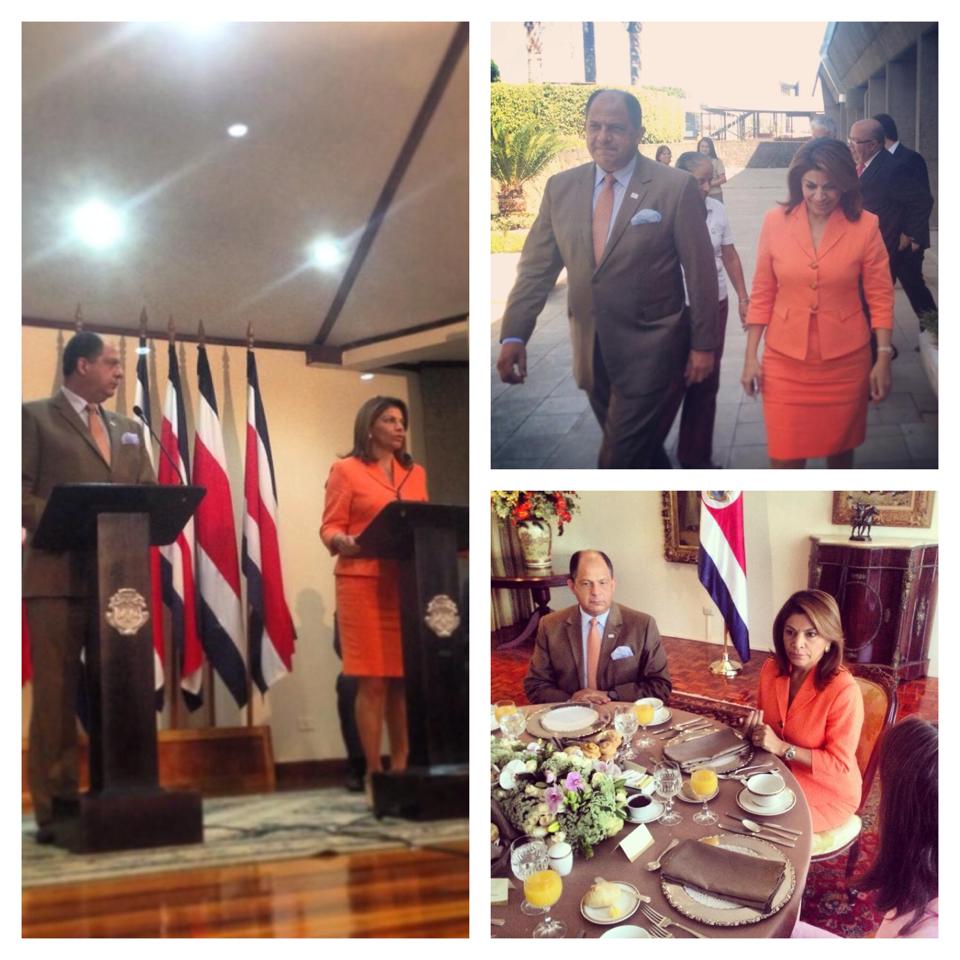 Come tomorrow (Thursday) at noon, Doña Laura returns to her civilian life and gets to go home to her posh residence in Santa Ana and family life. In her opinion, “you have to leave room for who comes in to rule and cannot be competing those who come to govern”, said Chinchilla.

Starting Thursday afternoon, Doña Laura sees her role as one of anwwering questions on the management during her administration, if asked, but nothing more.

Facing the new president is the report by the Contraloría General de la República (Comptroller General’s Office) about the financial deterioration faced by some public institutions and other unresolved fiscal deficit situation.

“Certainly it is a matter of concern that overwhelms us and we want to resolve them firmly, but to speak of an imminent closure of state institutions and inevitable collapse of the state, is not a reality”, said Solís.

“I do not think we have set off the fire alarms and talk about an imminent collapse of the state. That does not contribute to the climate of tranquility that is necessary”, said Solís.

Chinchilla added that, according to Hacienda (Treasury) and the Banco Central (Central Bank) there are sufficient reserves to cover wages, pensions and interest payments for the rest of the year.