“This is a regional problem and there should be a regional solution”: U.S. Ambassador To Costa Rica 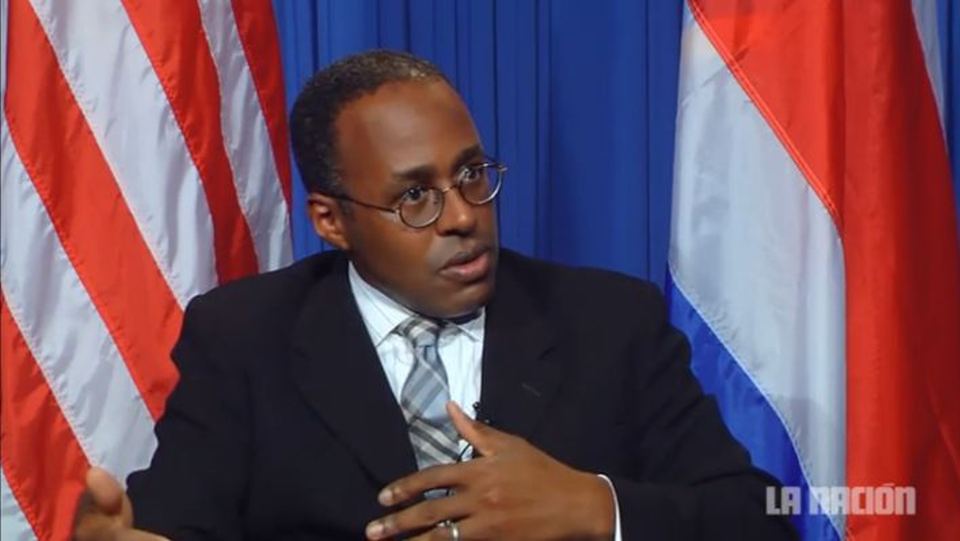 QCOSTARICA – In a conversation with La Nacion on Tuesday, the U.S. Ambassador to Costa Rica, S. Fitzgerald Haney, stated that the policy of his country does not include tightening entry requirements of Cubans, and there is no change in the Cuban Adjustment Act, which dates back to November 1966.

“We are telling all countries in the region there is no change. I have told it to Cuba and countries from Ecuador to Mexico,” says the Ambassador.

Rumours of possible change has fueled the anxiety of the Cuban population, causing a precipitous departure from the island via Ecuador.

“This is not a new thing and obviously there was a change in 2014, when Ecuador decided to eliminate visas for Cubans to their country. There is also a rumour, gossip, that Mexico will change its policy (on migration of Cubans). We have talked to Mexico’s immigration and they tell us that there will be no change,” explained Haney.

The Ambassador said that the U.S. has been in talks with Cuba on migration relations, talks that were ongoing prior to resuming diplomatic relations, “part of a larger conversation we have had”.

Haney could not be specific on the estimated 24,000 Cubans reported entering the United States last year, saying only “there has been as significant increase this year.”

“The route from Cuba to the United States via Ecuador is very long and difficult. Obviously it plays a part (in the increase) and the crisis currently in Costa Rica is also due to the good work by authorities when it comes to dismantling human trafficking networks, but it has left a hole,” said Haney.

The Ambassador does not believe the police action last week was counterproductive, saying “they did what had to be done … however, there was no containment plan for people travelling with smugglers”.

The Ambassador said Costa Rica should be applauded for its caring of the migrants and that the U.S. is also looking how to help. “We have funds from the International Organization for Migration, which will provide support to Costa Rica. We are trying to help,” said Haney.

“Nothing has changed. There is no reason to think we are thinking different. The Cuban Adjustment Act has almost 50 years of existence, we do not see why it should change,” said Haney.

Asked about the fear of Cubans that the U.S. will change its policy, a policy established a half century ago and what guarantees do the Cubans have that the Cuban Adjustment Act will not change, the Ambassador replied, stressing that “any change requires an act of Congress and there is no one pushing for change”.

Click here for the full interview at La Nacion.

One Cuban Family’s Long And Risky Journey To A New Life In The U.S.

Currently, there are almost 2,000 migrants in Panama shelters from Cuba,...
Read more