Though Most Americans Speak English, America Has No Official Language 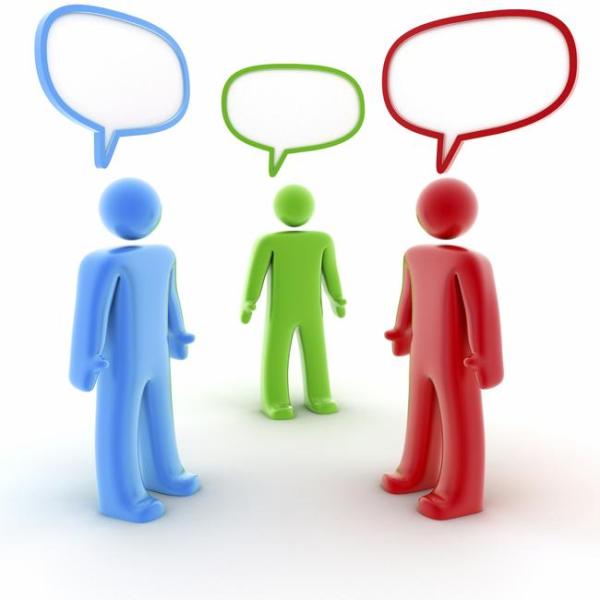 AFTERBIZLIFE – English is the de facto national language of the United States, with 80% of the population claiming it as a mother tongue, and some 95% claiming to speak it “well” or “very well”. However, no official language exists at the federal level.

Many languages are used, or historically have been used in the United States. The most commonly used language is English. There are also many languages indigenous to North America or to U.S. states or holdings in the Pacific region.

Half the countries of the world have an official language. The United States isn’t one of them.

[/su_pullquote]Languages brought to the country by colonists or immigrants from Europe, Asia, or other parts of the world make up a large portion of the languages currently used; several languages, including creoles and sign languages, have also developed in the United States. Approximately 337 languages are spoken or signed by the population, of which 176 are indigenous to the area. Fifty-two languages formerly spoken in the country’s territory are now extinct.

The most common language in the United States is known as American English. However, no official language exists at the federal level. There have been several proposals to make English the national language in amendments to immigration reform bills, but none of these bills has become law with the amendment intact. The situation is quite varied at the state and territorial levels, with some states mirroring the federal policy of adopting no official language in a de jure capacity, others adopting English alone, others officially adopting English as well as local languages, and still others adopting a policy of de facto bilingualism.

Since the 1965 Immigration Act, Spanish is the second most common language in the country, and is spoken by approximately 35 million people. 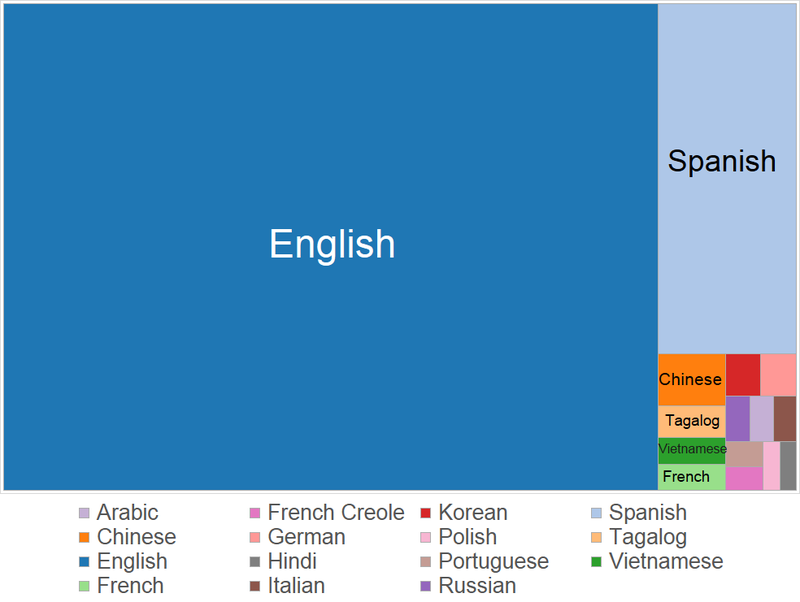 The United States holds the world’s fifth largest Spanish-speaking population, outnumbered only by Mexico, Spain, Colombia, and Argentina. Throughout the Southwestern United States, long-established Spanish-speaking communities coexist with large numbers of more recent Hispanophone immigrants. Although many new Latin American immigrants are less than fluent in English, nearly all second-generation Hispanic Americans speak English fluently, while only about half still speak Spanish.

According to the 2000 US census, people of German ancestry make up the largest single ethnic group in the United States, and the German language ranks fifth. Italian, Polish, and French are still widely spoken among populations descending from immigrants from those countries in the early 20th century, but the use of these languages is dwindling as the older generations die. Russian is also spoken by immigrant populations.

According to the American Community Survey 2009, endorsed by the United States Census Bureau, the main languages by number of speakers older than five are:

Additionally, modern estimates indicate that American Sign Language is signed by as many as 500,000 Americans. The total sample size for these figures is 286 million people.

Article by Afterbizlife, reposted with permission

TODAY COSTA RICA - Original text published in La Nacion on June 23, 1971 - A conflict over air routes, has been unleashed between...
Trends

Costa Rica has some of the best beaches in the world. The coastline is blessed with golden sand, beautiful palm trees, and perfect blue...
Sports

QCOSTARICA - Good news for Ticos with traveling fever! From Friday, June 25, Germany will allow entry of travelers from Costa Rica as long...
Banking