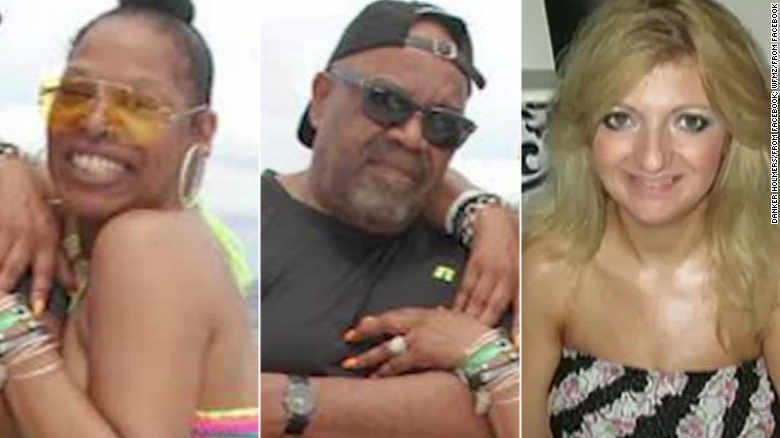 Miranda Schaup-Werner and her husband were enjoying their anniversary in a Caribbean holiday resort when she had a drink from the hotel room minibar, suddenly collapsed and died.

That same day, another couple — Edward Nathaniel Holmes and his fiancee Cynthia Day — checked into the same resort complex. Five days later they had been found dead in their rooms.

Neither couple knew each other, but the sudden and similar end to their romantic holidays in the Dominican Republic late last month have bound their two families forever in tragedy — and a desperate search for answers.

Mystery surrounds the three deaths at the hotel complex in La Romana, a resort town on the southern coast of the Dominican Republic — an picturesque but struggling holiday paradise that’s suddenly turned very dangerous for American holiday-makers.

A taxi driver who picked up Schaup-Werner and her husband from Santo Domingo Airport and dropped them off at the resort told CNN the couple appeared happy and tipped generously.

The bodies of all three Americans were transported to forensic science institutes in the nation for examinations, officials said.

In the case of Schaup-Werner, paramedics provided first aid, but she died in the room, according to Col. Frank Felix Durán Mejia of the Dominican Republic National Police. Her cause of death has not been determined, and a toxicology report is pending, but no violence was involved, the police official said.

The resort operator, Bahia Principe Hotels & Resorts, said it followed all security protocols. There are no indications of any connection between the two cases, it said.

Tourism is a key part of the Dominican Republic’s economy, and its coastal resorts are a popular choice for travelers.

The tourism industry made up more than 17% of the country’s economy last year, according to the World Travel & Tourism Council.

According to the U.S. State Department, forty-eight Americans died in the Dominican Republic between 2016 to 2018. The deaths were a result of several things, including drowning, homicide, suicide, vehicle or other types of accidents.

“We offer our sincerest condolences to the families for their loss,” the State Department said in a statement. “The US Embassy is actively monitoring the investigations by Dominican authorities into these tragic deaths. We stand ready to provide assistance as requested.”