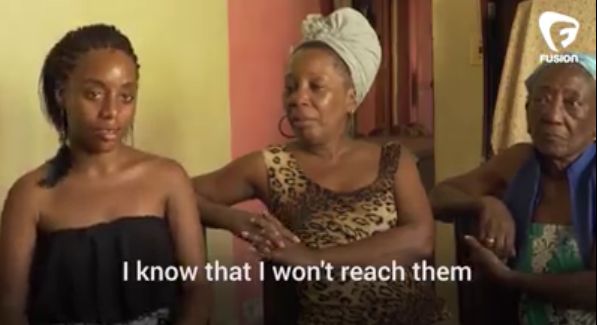 Some of the comments on the Fusion.net video include:

This happens all over the world, not only in Cuba. The young girl will only appreciate the revolution when she goes through real struggles and racism in another country. Millions of people all over the world would love to have what Cubans have. She hasnt lived in a country with real racism like the US and most European countries. Cuba is the least racist country in the world. The grandma lived through the struggles before the revolution. And the mom appreciates the stability it has given her.

Idk, I think the young one feels she’ll have a better chance at doing what she loves to do to support a living if she leaves rather than stays. Also feeling like her color wont be such an issue elsewhere. But the harsh reality is artist struggle all over the world, daily, and racism is almost everywhere. She should travel. You always appreciate home when you travel

She (the grandaughter) sounds very naive and ignorant. If she does leave Cuba, I think she’ll be in for more than a bit of a shock. Make a career out of music and films – how many people from her standing does she think chase those pipe dreams and are successful, and not just waitressing waiting for their ‘talent’ to one day be recognised and to hit the big leagues? She doesn’t understand what the world outside of Cuba is like or how it works.

- Advertisement -
Paying the bills
Previous articleToo Much Trump and Too Little PISA
Next articleI’m Spartacus! One Hundred Years Ago Today

QCOSTARICA - After years of deterioration and antiquity, work...
Nicaragua