The former two-time president and Nobel Laureate denies the accusations that threaten to cast a dark cloud over his legacy. 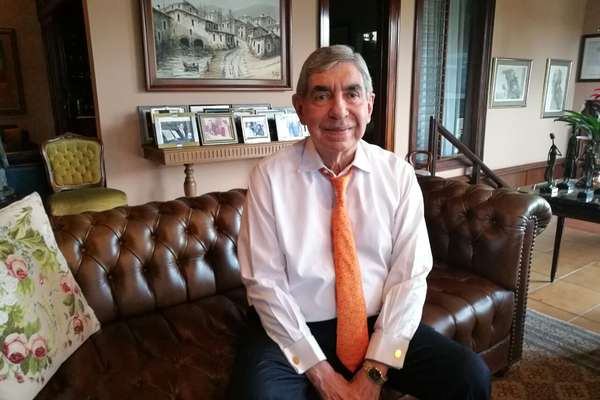 Journalist Nono Antillón, is the second woman to accuse former president and Nobel Laureate Oscar Arias of sexual abuse. Antillón, who is now 60, said after reading the story of the doctor who denounced the former president, decided to tell her story of her rape 35 years ago when she worked with Arias.

Antillón said she was 25 years old and was the communication counselor of the then presidential candidate for the Partido Liberación Nacional (PLN), with a view to the 1986 elections, which he won.

“What did Oscar do to me? It was in the Casa de la Victoria (the so-called Balcón Verde, headquarters of the PLN in La Sabana). I was his adviser, I coordinated communication, relations with the press, and met with him every day in his office.

“I was sitting in front of his desk, he got close to me, took my hand and put it on his erect penis. I pushed him away, I stood up and he threw himself at me. He grabbed me by the shoulders, threw me against a closet and began to grope me. With the noise, there were knocks on the door. From then on, I did not accept to be alone with him even when he was called me to be alone.

“Then he tried it in the restaurant Ana, on Paseo Colon, I was avoiding him. We were in a meeting and he grabbed the back of my bra,” Antilló told La Nación on Tuesday night.

Asked wy she waited so long, until now to talk about this, Antillón said, “Because society is not prepared to believe us. There are courts but things get delayed. I did not denounce because I would never have been able to make myself heard at that time and the truth is that now it seems to me that I owed myself, because I kept quiet and it always affected me. It felt fury, impotence, a disgust, a shame… Then, when I see this girl …”

Asked if she would testify, Antillón replied “without thinking it. I choose something else for my life, but if with my testimony, seeing him face to face, it will really unmask the impostor of peace and justice, of course I will do so.”

But, what has to be a nightmare for the former president doesn’t stop there. 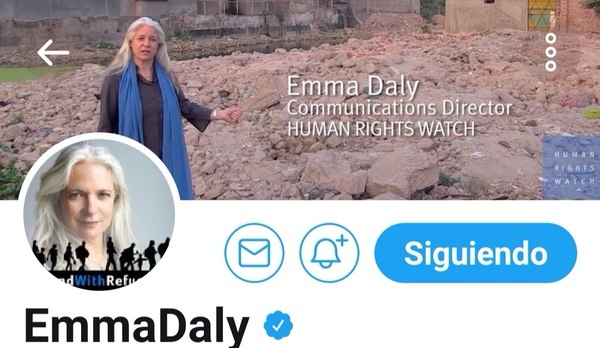 The third complaint of sexual harassment was raised by journalist Emma Daly, who worked for the Tico Times and Reuters news agency during the 1990s and frequently covered Oscar Arias during his first presidential term (1986-1990).

Daly told the Washington Post (WAPO) that, in 1990, in the lobby of the Intercontinental Hotel in Managua, Nicaragua, she remembers calling out to Arias with a question for the then-president. They were both there for an event related to Nicaragua’s election.

Daly, then a reporter based in Costa Rica, working for the Tico Times and Reuters, who frequently covered Arias, told WAPO that instead of answering the question, Arias ran his hand between her breasts and exclaimed, “You’re not wearing a bra.”

Daly recalled being shocked by the incident and so flustered that all she could think to say was “Yes, I am.” She said she didn’t think about making a formal complaint against Arias, in part because of how common behavior like that was in Central America at the time.

“We just kind of took it,” she said. “It seemed as if being treated like that came with the territory, and there wasn’t much I could do about it.”

On Twitter, Daly wrote, “Not how I want to feature in a news story, but I think it’s important to speak up since I have that privilege #MeToo”.

Not how I want to feature in a news story, but I think it’s important to speak up since I have that privilege #MeToo

Daly, now the head of communications at Human Rights Watch, told her story to The Washington Post in an interview Tuesday.

The first allegation, from the doctor and nuclear disarmament activist, Alexandra Arce von Herold, made waves across Costa Rica on Tuesday, with some calling it part of the country’s belated #MeToo moment.

Responding publicly to the news in Costa Rica and around the world, was the head of the PLN legislative caucus, Ricardo Benavides, who said publicly, this “is a serious complaint that should be treated with the same seriousness in the courts of justice.”

Among others responding publicly was Arias’ successor, Laura Chinchilla, who addressed the allegations on Facebook.

“Experience confirms that for women victims of sexual harassment, it is extremely difficult to denounce the incidents because of the power relations that operate against them and intimidate them, and because of the stigmatization that they may be subjected to,” Chinchilla wrote.

Though the number of women to accuse the former president is three, only one, so far, has formally made “denuncia,” (a criminal complaint) prompting an official investigation.

The former president has denied the accusations that threaten to cast a dark cloud over his legacy.

Costa Rica’s Codigo Penal (Penal Code) calls for prison term of up to 16 years on sexual assault cases when the attacker “takes advantage of the vulnerability of the victim.”

- Advertisement -
Paying the bills
Previous articleHead of the PLN caucus on Oscar Arias case: “Legislators Must Be Respectful”
Next article“Illegal” Tica Worker Was Present at The State of the Union Tuesday

QCOSTARICA - With the intention of protecting minors, a...
News