Tiff Between Costa Rica and Nicaragua Heats Up

The tiff between Costa Rica and Nicaragua heated up again yesterday, with Costa Rica denouncing the opening by Nicaragua of two new canals in the area of Isla Calero/Portillos, in obvious disregard to the measures set by the International Court of Justice in The Hague (ICJ).

Presidenta Laura Chinchilla said on Tuesday that a report has been filed with the Technical Secretariat of the Ramsar Convention, with definitive photographic proof of Nicaragua’s actions. 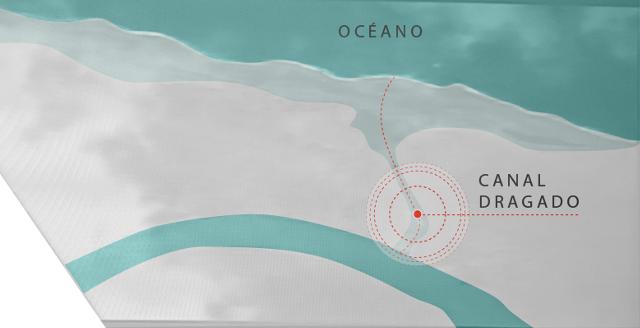 In parallel, the government, through political channels of the Ministry of Foreign Affairs (Ministerio de Relaciones Exteriores), sent a note of protest to the government of Daniel Ortega, asking for an immediate stop to the work in the area.

In her statements yesterday, Chinchilla condemned the incursion, calling it a “flagrant violation of national sovereignty“.

The Presidenta added that she will provide a full report to the Secretary General of the United Nations during her visit to New York next week.

For his part, Costa Rica’s Foreign Minister, Enrique Castillo, produced satellite images of the area that clearly show Nicaragua has opened two new channels to connect the Calero/Portillos with the Caribbean Sea, despite the ban by the ICJ.

In response to Costa Rica’s claims, Edén Pastora, also known as “comandante cero” (Commander Zero), and who is in charge of the dredging operations of the San Juan river, denied any building of channels in the area.

Speaking on Nicaragua’s television Channel 15, Pastora said, “it another craziness by this (Costa Rican) government”.

In the telephone interview with Nicaraguan journalist, Lucia Pinesa, Pastora assures that Nicaragua is not contravening any ruling of the ICJ and that “everything that is being done in the area is on Nicaraguan soil”.

Of concern to Costa Rica is the presence of Russian warships near Nicaragua conducting joint patrols with the Nicaraguan navy.

Castillo called the situation “anomalous” and could be seen as “signs to alter the stability an peace in the region”, especially at a time when Nicaragua is having its tiff with Colombia. In the last several weeks Colombia and Nicaragua have been waging their own war over maritime territory that affect the San Andres archipelago.

The Foreign Minister said that Costa Rica is only pointing out the situation, but cannot make any complains as the ships are in international waters.

However, the Colombian newspaper, El Tiempo, reports that two Russian boats docked at the Nicaraguan port of Corinto, on the Pacific coast, so that its crew could participate in the 33rd anniversary of the Nicaraguan Naval Forces last month. And that Russia is expected to deliver uniforms and weapons, including armoured vehicles and other equipment to the Nicaraguan Police force.

Costa Rica is not alone in its fight with Nicaragua.

Last Thursday Panama announced  it had a bone to pick with Nicaragua, President Ricardo Martinelli saying that Panama would be joining Colombia in its dispute with Nicaragua over territorial waters.