Travel Alert Over Violence in Honduras 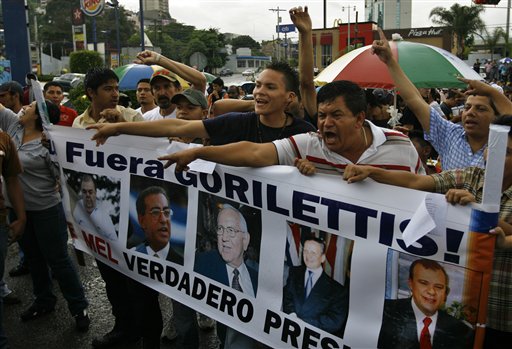 CENTRAL AMERICA NEWS – The US Government has renewed its travel alert warning stating that the levels of violence and crime remain “critically high, but have declined in the past two years.”

The Department of State continues to warn U.S. citizens that the level of crime and violence in Honduras remains critically high, although it has declined in the past two years. This Travel Warning supersedes the Travel Warning dated June 2014 and includes additional information on crime and security in Honduras, as well as updated contact information.

The U.S. Department of State continues to warn U.S. citizens that the level of crime and violence in Honduras remains critically high, although it has declined in the past two years. This Travel Warning supersedes the Travel Warning dated June 2014 and includes additional information on crime and security in Honduras, as well as updated contact information.

Tens of thousands of U.S. citizens visit Honduras each year for study, tourism, business, and volunteer work without incident. However, crime and violence are serious problems throughout the country. The Government of Honduras lacks sufficient resources to properly investigate and prosecute cases, and police often lack vehicles or fuel to respond to calls for assistance. The police may take hours to arrive at the scene of a violent crime or may not respond at all. Members of the Honduran National Police have been arrested, tried, and convicted for criminal activities. Many more are under investigation. As a result, criminals operate with a high degree of impunity throughout Honduras. The Honduran government is still in the early stages of substantial reforms to its criminal justice institutions.

Honduras has had one of the highest murder rates in the world for the last five years. The U.S. Embassy has recorded more than 100 murders of U.S. citizens since 2002. Many cases over the last 14 years are still awaiting trial. The vast majority of serious crimes in Honduras, including those against U.S. citizens, are never solved. In 2014, there were ten murders of U.S. citizens reported to the U.S. Embassy with seven of the ten resulting in arrests or prosecutions.

U.S. citizens are victims of crime at levels similar to those of the local population, and they do not appear to be targeted based on their nationality. The Government of Honduras has special police forces in areas frequented by tourists, such as the Copan Mayan ruins and Roatan. The Honduran Government is implementing similar programs for other locations, including La Ceiba and Trujillo, and major hotels and other tourist installations have increased private and police security. Most resort areas and tourist destinations have lower levels of crime and violence than other areas of the country; however, thefts, break-ins, assaults, rapes, and murders do occur, and rates are still high by international standards.

Tourists traveling with group tours also report fewer criminal incidents. However, the San Pedro Sula area has seen armed robberies against tourist vans, minibuses, and cars traveling from the airport to area hotels, and there have also been armed robberies along the road to Copan. Armed men have forced vehicles transporting tourists off the road and robbed the victims, occasionally assaulting the driver or passengers. In past years, several U.S. citizens have been murdered in San Pedro Sula and La Ceiba shortly after arriving in the country. Assaults in these areas may be based on tips from sources at airport arrival areas, so visitors are strongly urged to exercise caution in discussing travel plans in public. Exercise particular caution walking on isolated beaches, especially at night. Several U.S. citizens have reported being robbed while walking on isolated beaches.

Kidnappings and disappearances are an ongoing concern throughout the country as well. Kidnapping affects both the local and expatriate communities, with victims sometimes paying large ransoms for the prospect of release. Kidnapping is believed to be underreported. Since January 1, 2012, four cases of kidnapped U.S. citizens were reported to the U.S. Embassy; the kidnapping victims were all subsequently released.

Transnational criminal organizations also conduct narcotics trafficking and other unlawful activities throughout the country and use violence to control drug trafficking routes and carry out criminal activity. Other criminals, acting both individually and in gangs in Tegucigalpa, San Pedro Sula, and other large cities, are known to commit crimes such as murder, kidnapping, extortion, carjacking, armed robbery, rape, and other aggravated assaults.

Slots are the most popular category in any casino. Gambling websites feature hundreds of these games, simplistic and elaborate. Reel symbols range from cherries...
Colombia

QCOSTARICA - The country registered a new record of covid-19 infections this Wednesday, reaching 3,173 confirmed cases in a period of 24 hours. The figure...
Economy

QCOSTARICA - The Global Talent Competitiveness Index (IGCT) 2020 revealed that out of 132 countries, Costa Rica ranks 37th in human talent with a...
Vaccine

QCOSTARICA - The landing of two separate and independent shipments of covid-19 vaccines this week, one from Pfizer and the other from Astra Zeneca,...
Vaccine

QCOLOMBIA – Colombia has been roiled by nationwide, anti-government protests for more than two weeks, with the city of Cali emerging as the epicenter. Protesters...