The TV spot proposes that when you give a Gollo´s gift, the moment around it lasts for a lifetime … or even two.

The ad follows a young boy, skipping along on a hobby horse in a rural landscape, who receives a gift from his grandmother. As he contemplates it, we glide forward in time: Our boy ages, still clutching the object, and the world changes around him.

The circle completes itself in the modern day, where he is now the grandparent, passing the gift to a new little boy (who would probably have preferred an iPad, but this is an ideal world where children recognize the symbolic importance of things they’ve been given).

“The best gifts last for a lifetime. Make sure you give the best one,” the spot concludes, a gentle reminder that the act of giving is only half of a gift; its thoughtful selection is what infuses the gesture with meaning. If the concept feels a little dated, that’s probably because we’re awash in retail ads that focus on the louder aspects of the holidays: glitzy parties, the stress of hosting or the competitive sport that shopping has become.

Then there’s the matter of gifts themselves. British retailer Harvey Nichols has stoked the flames of our worst impulses for years, and this season is no different: This year’s hashtag-ready campaign, #GiftFace, teaches Brits how to fake it when they’re submerged in presents that suck.

That alone should give us pause. Maybe we’ve become too blasé for small, “It’s the thought that counts” kinds of gifts. But it’s charming for a retailer to remind us we don’t have to spend a fortune to show we care. 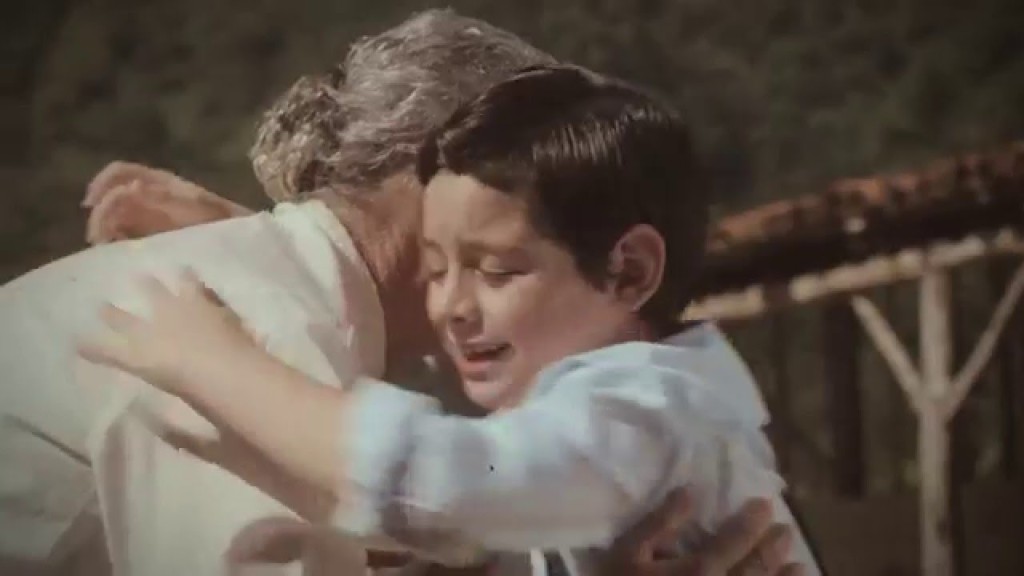 A tiny plastic horse is way less expensive than an iPad, say, or a gold watch—though if we’re competing on story, that gold watch from Pulp Fiction still beats it. (Sadly, few can claim the unique triumph of passing along an item that’s been carried up Christopher Walken’s anus in wartime. But every family has their thing.)