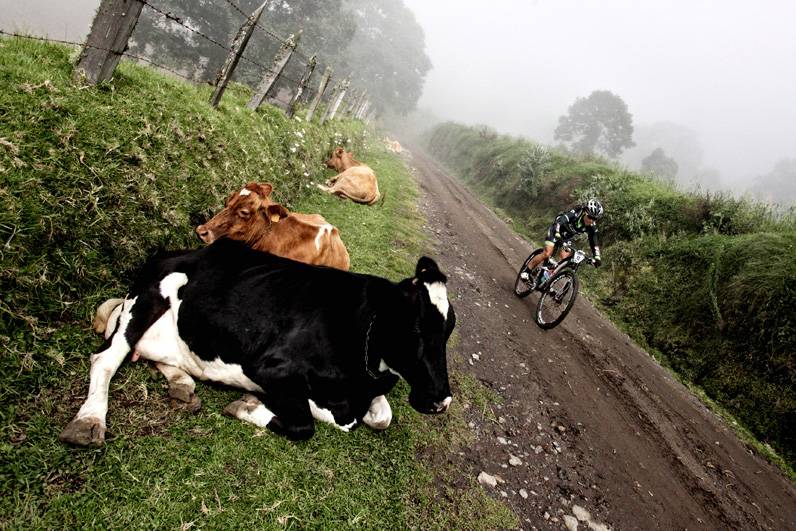 La Ruta de los Conquistadores is Costa Rica’s premier mountain bike race and one of the most difficult athletic events on the planet.

The world’s original multi-day fat-tire stage race, La Ruta is the “Grandfather” that created and inspired this now-worldwide genre — and still the most loved, feared, and respected.

Inspired by three Spanish Conquistadors, Juan de Cavallón, Perafán de Rivera and Juan Vásquez de Coronado, who in the 1560’s began a 20-year journey through the beautiful and treacherous mountains of Costa Rica, Roman Urbina an elite Costa Rican athlete and adventurer known for staging physical challenges to publicize the plight of the country’s endangered wildlife, decided to retrace their long trek on his mountain bike.

On Thursday, La Ruta 2013 / 21st Edition starts at the Pacific Coast beach town of Jacó (Pacific coast) finishing 100 kilometres away at the Hacienda El Rodeo (across from the Panasonic) in Alajuela.

The starting point for Stage 2 on Friday is at Terramall (Tres Rios, Cartago) finishing in Turrialba (Cartago) some 80 kilometres away. Stage 2 is Saturday, starting at the CATIE in Turrialba and finishing at Playa Bonita, Limón (Caribbean coast) a distance of 120 kilometres.

The journey takes the riders trough the back end of the Carara nature reserve which is populated by poison dart frogs, scarlet macaws, and many other animals. The highest point in the expedition is the Irazú Volcano, which towers over San José at the eastern edge of the Central Valley and reaches 3,432m (11,259 feet). Irazú and its neighbor, the Turrialba Volcano, border the old capital city and religious centre of Costa Rica, Cartago. After the Turrialba Volcano, the trek continues towards the Atlantic flatlands, traversing some of Costa Rica’s biggest rivers and most dense jungle. 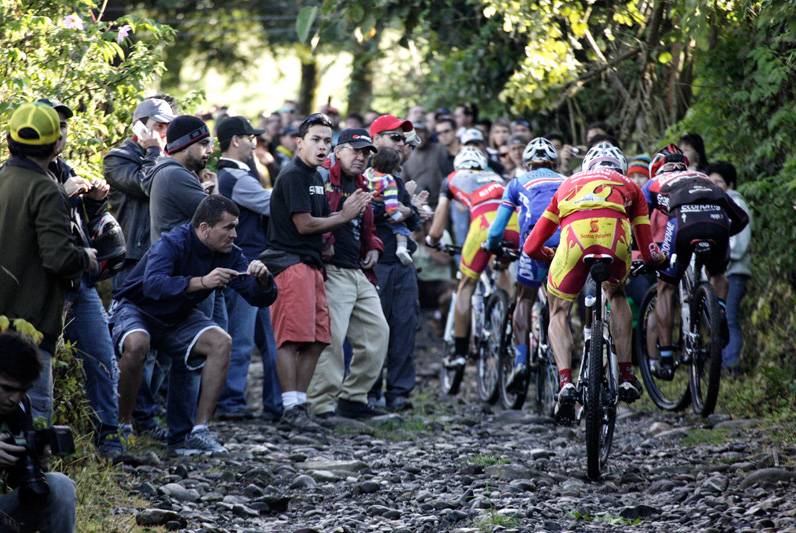 QCOSTARICA - The OIJ uncovered a big pothole on Monday when it was announced that public officials had allied with construction companies that, apparently,...
Coronavirus