Tourist Van Attacked During A Demonstration in Puntarenas (Photos & Video) 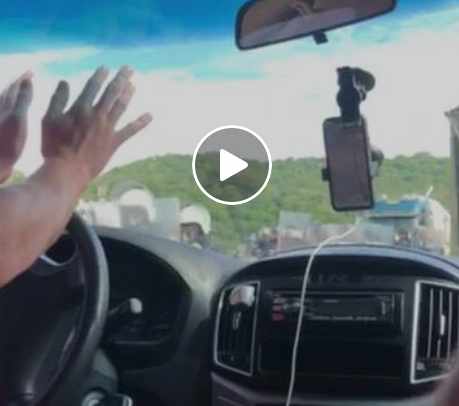 This video posted by Raul Gonzalez on Facebook is how a U.S. family visiting Costa Rica will remember their vacation in the land of “pura vida”, my ass!

In Puntarenas, in the area of Caldera, a minivan with a group of visitors, made up of 3 adults and a baby, was attacked while traveling in a minivan, which suffered damage to the rear windshield, hit by a stone thrown by the protesters, according to witness reports.

Apparently, the stone was intended for police, but the tourists, trapped in the blockade, got caught in the crossfire.

With the video camera running from the back seat, the family and guides take in the protests unfolding in front of them, when, at minute 1:39 we hear a pop, the screen goes black, we heard screams, baby crying.

WTF?… Everybody lay down… as we hear the motor revving as the rest of the video is dark, the recording is still active. See for yourself.

What as the pop we heard? Gonzalex posted follow up photos, where we can see that the rear glass of the minivan had been shattered. 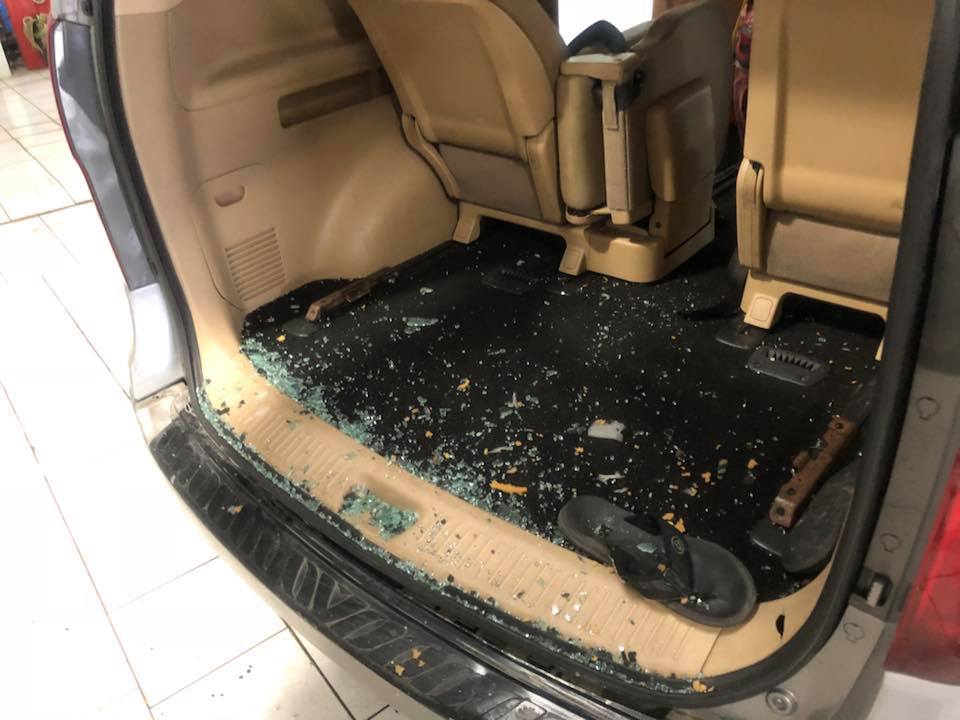 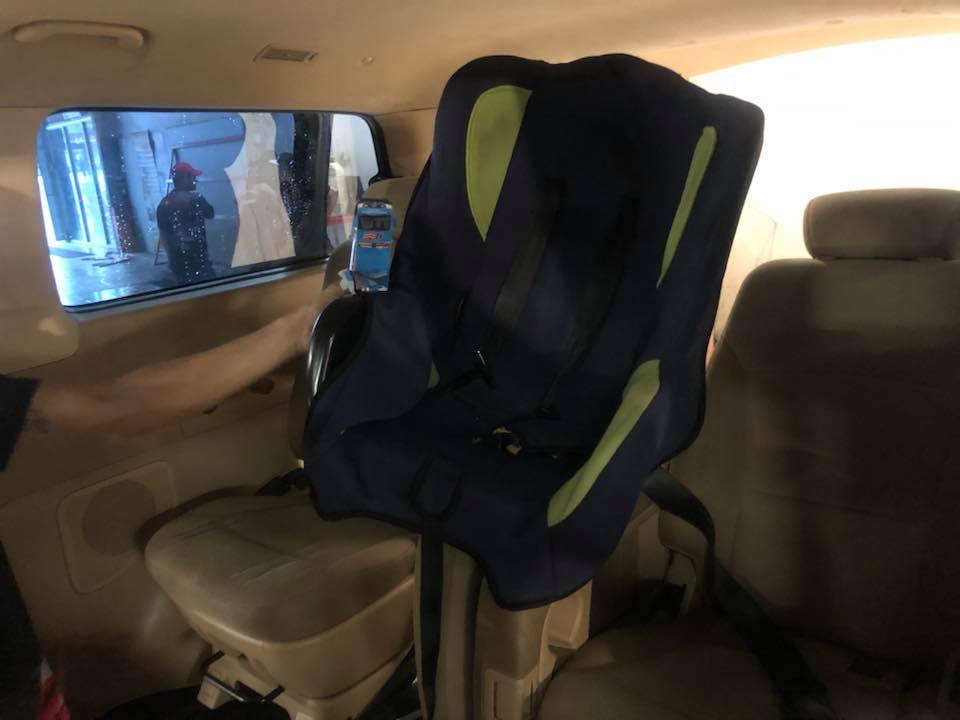 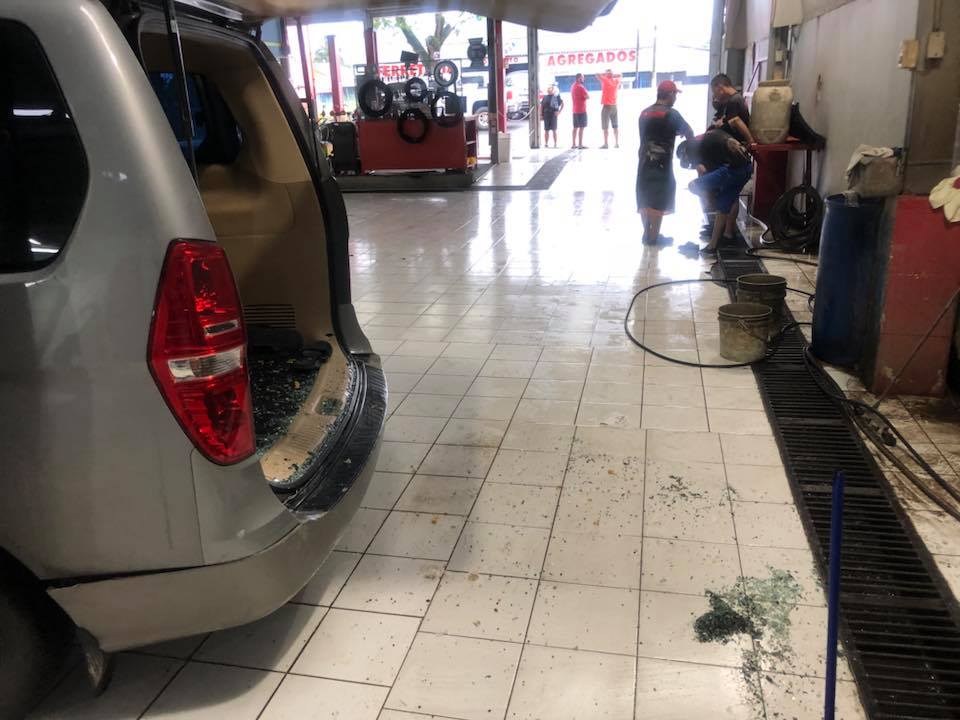 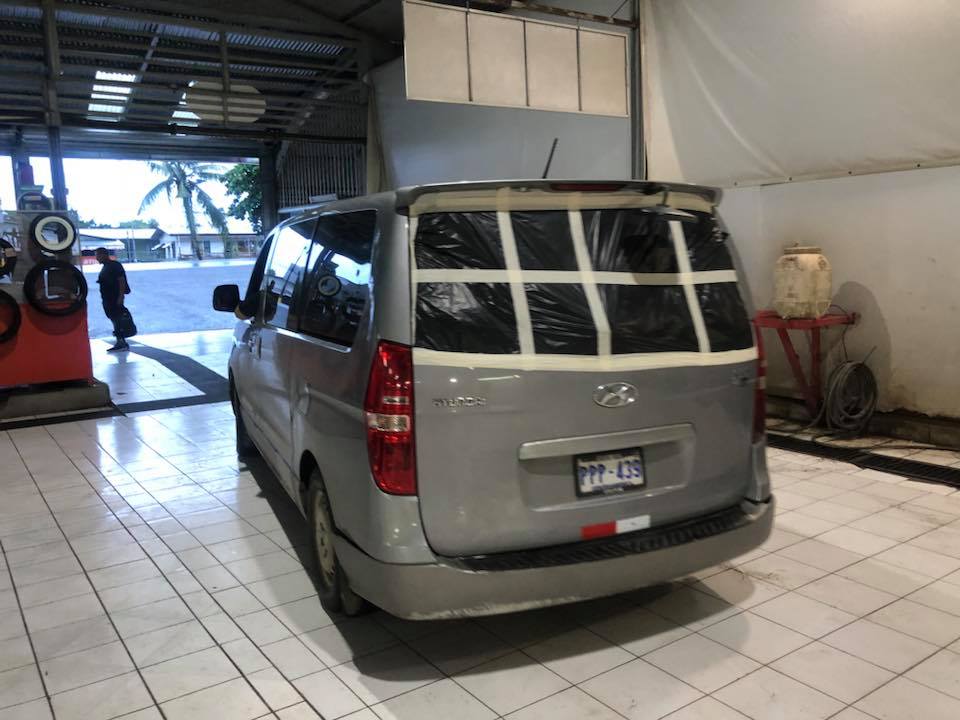 Gonzalez posted, “Sad to see how there are people who are in our country, this happened today (Wednesday) to a family of Americans, who came to the country to visit and see the beautiful and memory that they will take away from our beautiful CR, what a shame it gives me! People who come to leave their money, which feeds many families in the area and there are animals that behave in this way”.

Among the more than 300 comments, Arturo Campos, writes, “They (the protesters) are killing the goose that lays the golden eggs, if they had a little bit of intelligence they woulld allow the tourists to pass with pats on the back and not with stones … what level of savagery and stupidity!!!”.

Michael Navarro, “What a pity that the people take these measures not very peaceful and that these foreigners who come with their children and come to contribute to the country that they will get in the crossfire, the stone was for the police not for them, but the action from the beginning is very but very bad. It’s unfortunate, foreigners we apologize not all CR is like that.”

Teresita Fernandez, “Pity a lot of pity with that family, and anger for that riffraff that is leaving the country so bad”.

During the protests on Wednesday, police had to resort to tear gas to disperce the mob and open passage on the Ruta 27. 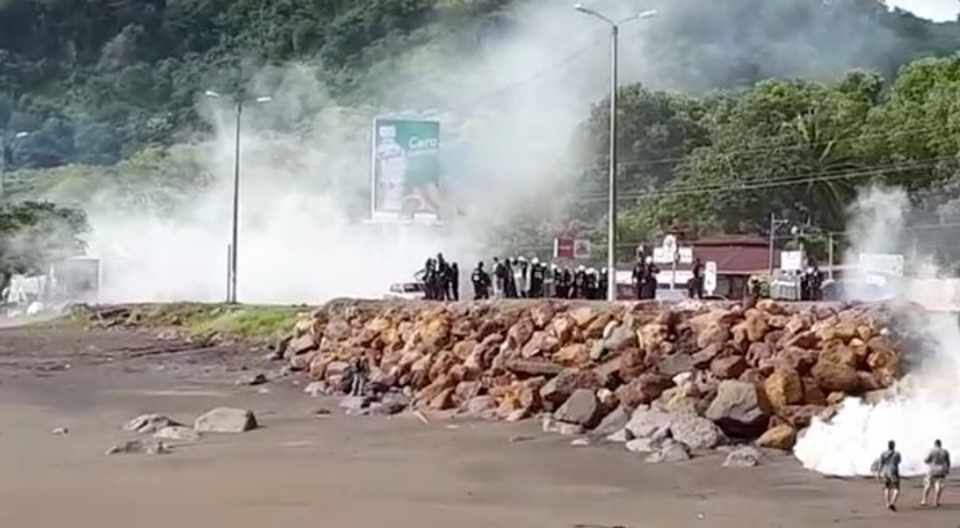 - Advertisement -
Paying the bills
Previous articleWant to know what the weather is like today in Costa Rica?
Next articleICE Worker One Of Two Suspects In Aggression Against The President

QCOSTARICA - Six out of ten people in Costa...
Politics