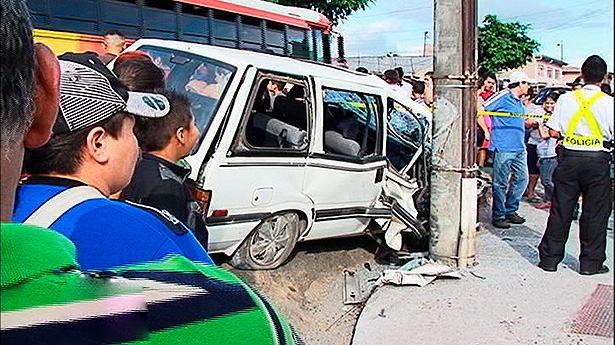 Despite a tougher new traffic law and more traffic officials patrolling the roads, traffic fatalities continues to be high, 73 people losing their lives during the first three months of the year. The good news, however, is that the number is 23 less than the same period last year.

According to the Policia de Tránsito, 25 people died in traffic accidents in January, 24 in February and 24 in March. During Semana Santa this year saw six less traffic fatalities over 2012.

Germán Marín, director of the Policía de Tránsito, attributes the reduction to the tougher traffic law that went into effect in October 2012 and that drivers “are becoming more aware of safety on the roads for fear of heavy fines.”

Another important statistic is the that the number of traffic fatalities involving alcohol dropped, between January and March, from 11 last year to 3 this year.

Acne is considered to be one of the most common skin ailments on the planet, with a record 60 million people being afflicted by...
Redaqted