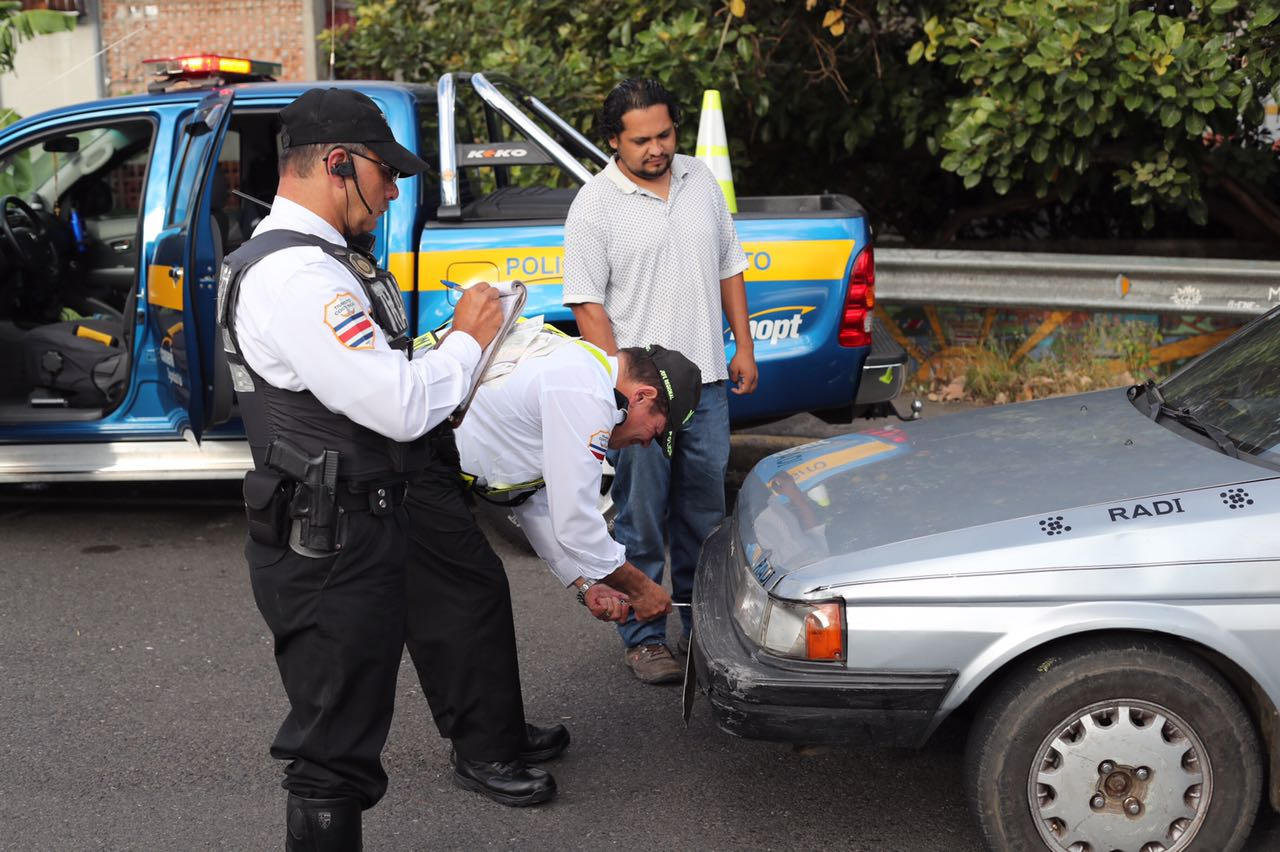 December 31 was the last day to pay the 2017 Marchamo, that is without incurring late fees, penalties and the possibilityof being pulled over by a Transito (traffic official). And true to their word, on Januay 1, the Policia de Transito was giving their full attention to vehicles without the Marchamo.

In total, in the first day of the new year, Transitos issued a ¢51,300 colones ticket to 133 drivers, in addition to seizing the vehicle’s license plates, which at best means waiting 3 to 4 days (after payment of the fine) to get them back.

In addition to the fine, the seizure of the plates and time to recover them, the vehicle owner faces interest and late fees that applies to all Marchamos not paid by December 31.  The fees and penalties on an unpaid Marchamo accumulates pretty fast, for simplicity sake, at a compounded rate of over 6% per month.

According to the Instituto Nacional de Seguros (INS) – the national insurer – that administers the collection of the Marchamo, as of Monday morning, 17% of the 1,184,539 registered vehicles had not had the Marchamo paid.

Roger Arias, spokesperson for the INS, the Marchamo can be paid up to January 15 at the usual collection points, ie INS, banks, post office and Servimas (Walmart and Masxmenos stores). After that date, it can only be paid at an INS office.

The director of the Policia de Transito, Mario Calderon, denied that his officials were targeting vehicles with the Marchamo, saying the operations to verify payment of the Marchamo is carried out throughout the year.

QCOSTARICA -The reduction of the 2022 Marchamo, approved by the legislature...
Read more

QCOSTARICA - By a majority voter, on Thursday legislators approved in...
Read more

QCOSTARICA - The sanitary measures announced by the government...