On the Trail of the Cocaine ‘Backpackers’ in Peru 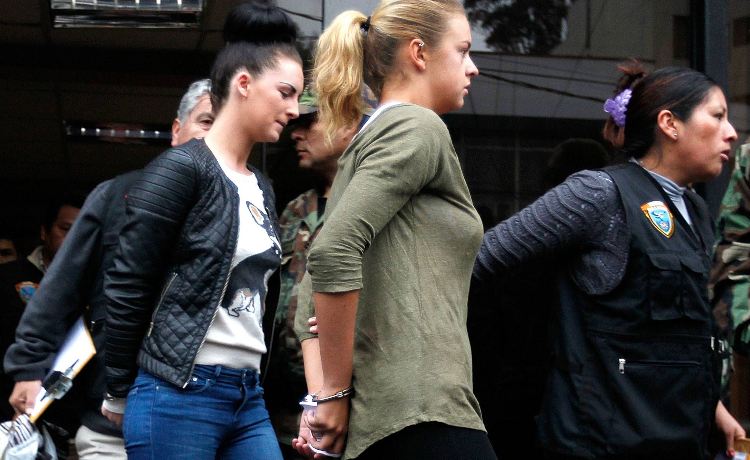 A recent report on cocaine “backpackers” in Peru reveals the workings of a low-tech trafficking technique that is on the increase again, as security forces destroy illegal air strips and seek to restrict the use of drug flights from coca-producing areas.

A 2014 report by Peru’s Information and Education Center for the Prevention of Drug Abuse (CEDRO) looked at the Peruvian drug runners, or “backpackers,” are often forced into the trade by “severe economic problems.” They earn a living by transporting coca via the “hormiga” (ant) system, where lots of mules move small quantities in backpacks from the coca-producing regions — like the Apurimac, Ene and Mantaro River Valleys – known as the VRAEM (see map).

The center interviewed 33 mules, all male, with an average age of 32, nearly all in prison on drugs related charges. The majority stated that they had been unable to complete their education due to poverty.

While some of the journey may be made by foot, the backpackers also move by bus or using other vehicles. Groups generally vary from one to 15 people carrying between seven to 15 kilos of drugs each. One interviewee reported earning $35 per kilo for a single journey. They often rely on protection from the guerrillas of the Shining Path, to whom traffickers pay $5 per kilo, as well as often bribing police.

The use of “backpackers” became widespread after the CIA’s Air Bridge Denial (ABD) program in the 1990s, which effectively restricted aerial drug trafficking from Peru to Colombia. Peru at this time was the foremost producer of coca in the world, a title it reclaimed last year. The Air Bridge Denial program was suspended in Peru after the accidental shoot-down of a plane carrying US missionaries in 2001.

Since that time another major air bridge has appeared, flying Peruvian cocaine and coca paste into Bolivia, where it is later shipped to Brazil and Argentina to feed domestic markets or to be trafficked on to Europe.

There are ongoing operations to shut down this route by destroying airstrips as part of a coordinated anti-narcotics campaign in the VRAEM, which could lead to the “ant” system being revitalized.

However, Peru no longer has previous level of US radar and intelligence support, meaning it cannot track drug flights and is currently reliant on blowing up airstrips. These can be rebuilt more easily than they can be destroyed, and also the traffickers just use the backpackers to move shipments to air strips a little further from the coca producing areas and anti-narcotics operations, continuing to feed the air routes that move an estimated 1.2 tons of cocaine every day.