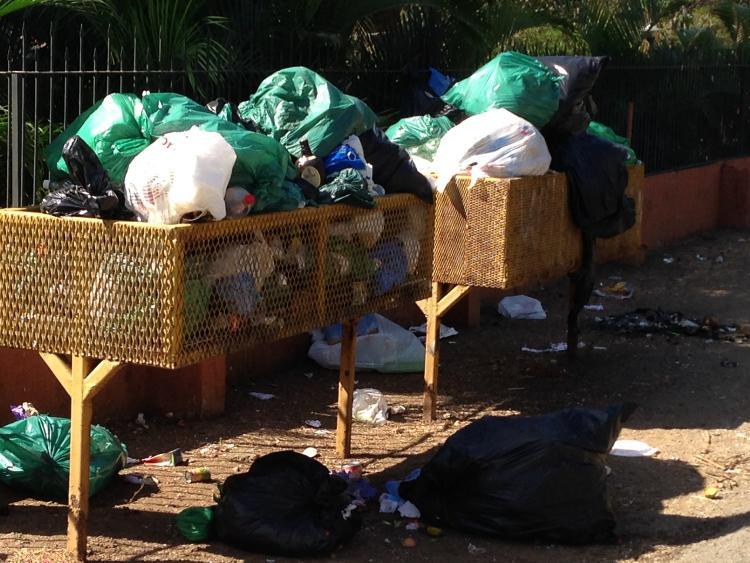 Trash and littering is still a major problem in Costa Rica, contradicting the self-proclaimed, ecological, diverse and clean reputation of the country.

Tico littering mentality is combination of a number of factors with short sightedness and laziness topping the list. Many in Costa Rica believe that someone should pick up their messes. Just go to any food court, rarely do people pick up their trays and empty their trash in the containers.

Another factor is government inaction, more specifically, local communities who fail to lead in changes.

One such community is in Ocotal, on the Pacific coast of Guanacaste. Here, in this small beach community, residents have to beg the “muni” (short for municipalidad or municipality) to come pick up the trash in garbage bins in public areas.

Residents and businesses have taken to placing trash containers on the promise by the muni to empty them regularly. However, the promises by officials of the Municipalidad de Carrillo appear to be just empty words.

Letters and calls to the muni and the local office of the Ministerio de Salud either go unanswered or residents are just given the usual reply of it will be taken care of. Never does.

According to a 2003 report written by Ronulfo Alvarado Salas of the municipal management department of research and development (Dirección de Gestión Municipal Sección de Investigación y Desarrollo) called “Solid Waste,” Costa Rica’s problem became serious in a very short time. Because the waste produced in the country before and during the first half of the 20th century was mostly organic, littering was a minor problem up until the 1950s. However, due to the rapid industrial growth and massive manufacturing, the growing population’s littering habits created a problem that turned into a national emergency reflected in an executive order May 15, 1991.

Several environmental laws have been created, which state the importance of preserving and maintaining a clean environment, such as the Constitution, the general health act (Ley General de Salud), the municipal Code, the environmental act (Ley Orgánica del Ambiente) and the urban planning act (Ley de Planificación Urbana). However, none of these initiatives has any bite when it comes to littering or indiscriminately dumping trash on the roadside or in inappropriate areas.

The exclusive photos belowsent to the Q by leidis91@hotmail.com, demonstrates the serious problem residents of  Ocotal, Municipalidad de Carrillo, Guanacaste. 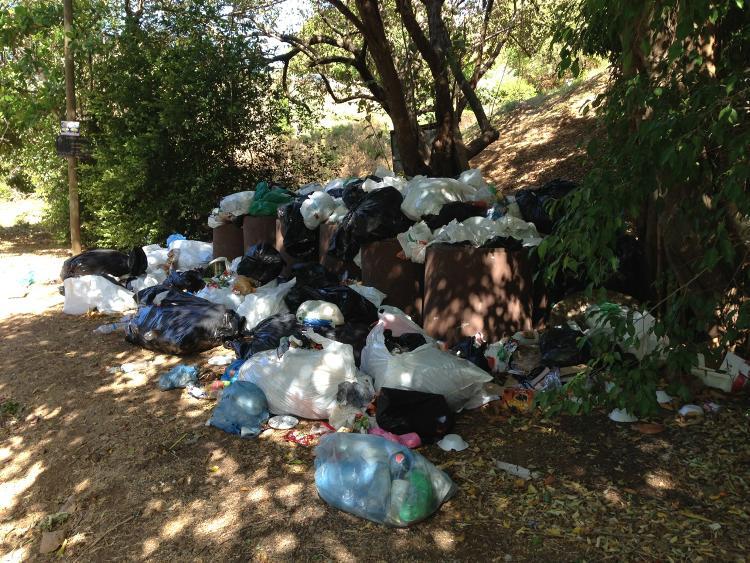 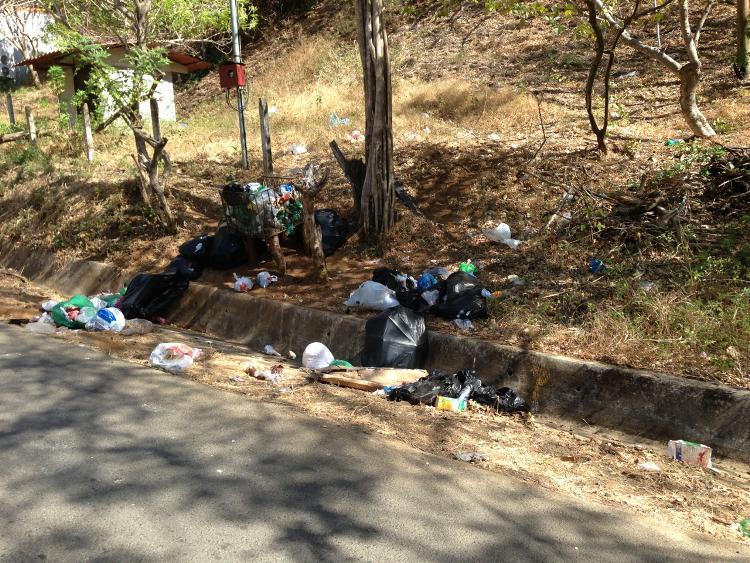 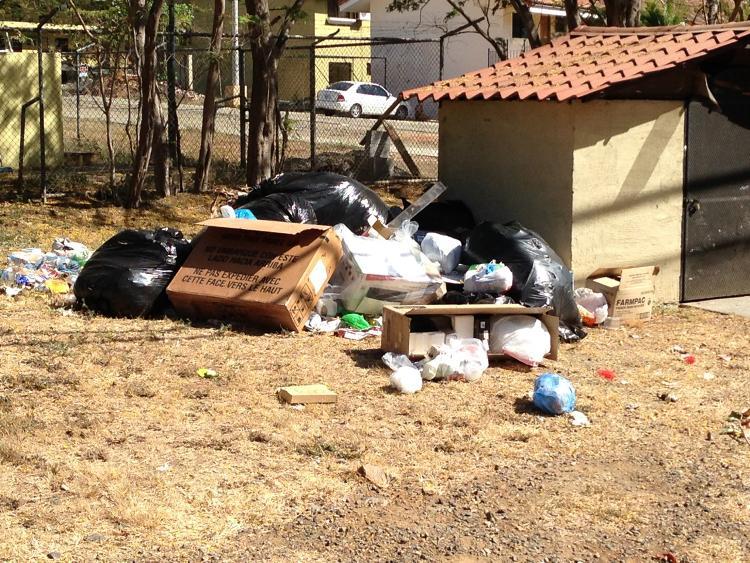 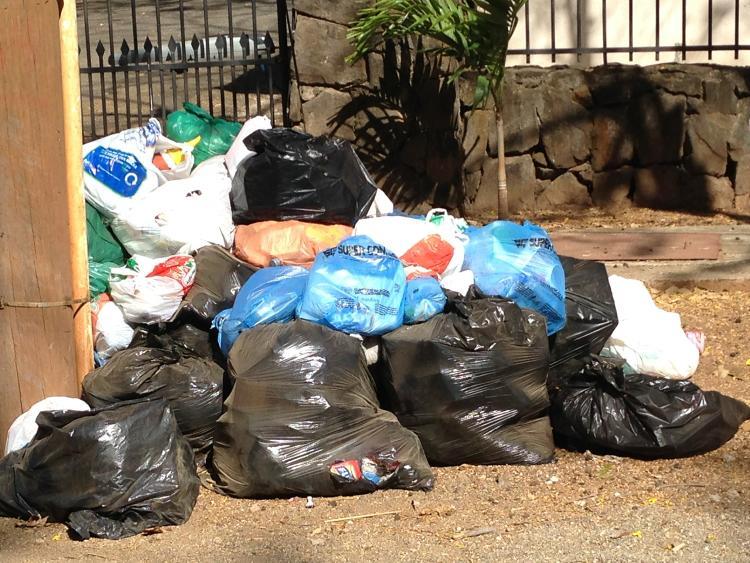