“Tremors Were Just a Coincidence”

By Wilberth Villalobos Castrillo, VozdeGuanacaste – A year after the earthquake happened in Nicoya on September 5, volcanologist Marino Protti said that the seven low-magnitude earthquakes in Santa Cruz on Thursday, September 5 were “mere coincidence” because most took place in a segment of Papagayo rather than the Nicoya Peninsula. 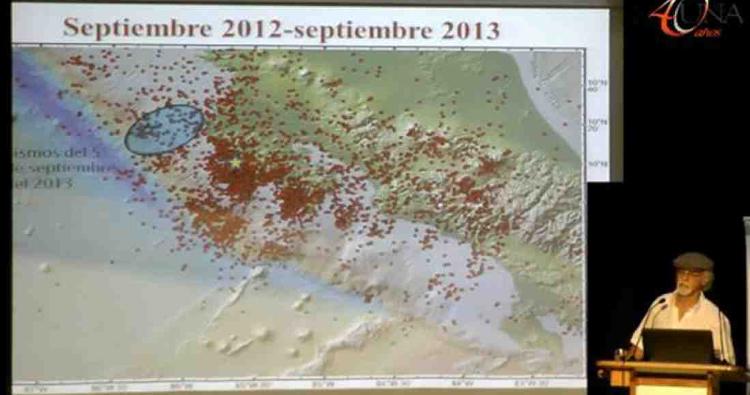 Protti said that the Volcanic and Seismic Observatory of Costa Rica (OVSICORI) has recorded about 5,000 low-magnitude replicas since the earthquake occurred in Nicoya.

In addition, the scientist explained that as a result of the seismic activity in the past year, the peninsula rose about 60 centimeters while the Gulf of Nicoya dropped down 8 centimeters from sea level.   The reason, he explained, is that the Nicoya Peninsula rides on the fault of the Coco and Caribbean plate while the Gulf does not.

On the other hand, Protti said that the risk of a tsunami after an earthquake is almost nil because the rising of the plate prevents the arrival of this phenomenon to the coast.

According to estimates from OVSICORI, although last year’s earthquake does not represent the culmination of the seismic cycle because not all of the potential displacement has been released in the Nicoya Peninsula, the release of energy will occur through slow earthquakes or replicas, so another 7.6-magnitude earthquake is unlikely.

Marino Protti presented the data at the conference “The  Nicoya Earthquake: Two Decades Before and a Year After,” which took place last Thursday in the Clodomiro Picado Auditorium of the National University (UNA) in Heredia.