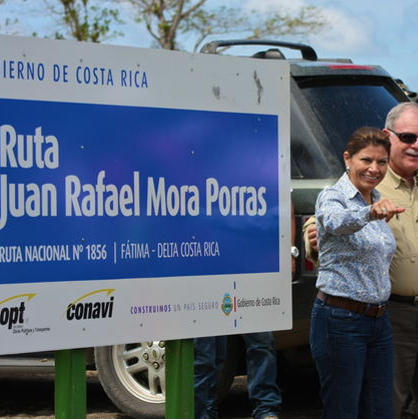 Four computers containing information regarding road builders’ contracts with the highway agency CONAVI were stolen late Wednesday night or early Thursday morning. Both the agency and contractors are under investigation regarding contacting procedures of the “Trocha”, the border road.

Of all office equipment available only the computers were stolen but both the Comptroller General’s office and CONAVI Director Jose Luis Salas said they have backup for the data, so if the thieves hoped to cripple the probe they were foiled.

Construction of the Trocha, the border road on the southern bank of the San Juan River, has been the Watergate of the Chinchilla Administration, sparking a legislative investigation that is going into its second year.

Police say that the offices where the computers were stolen do not have security cameras but the access to the floor they were on does. Two belonged to the Comptroller and the other two were personal computers of director of the road conservation section Cristian Vargas and engineer Edgar May.

The radio news staff of ADN 90.7 FM revealed that the computers were scattered in various offices. Prosecutors have CONAVI under investigation for alleged contract irregularities pointing toward corruption.

QCOSTARICA - In less than 24 hours some parts...
Guanacaste