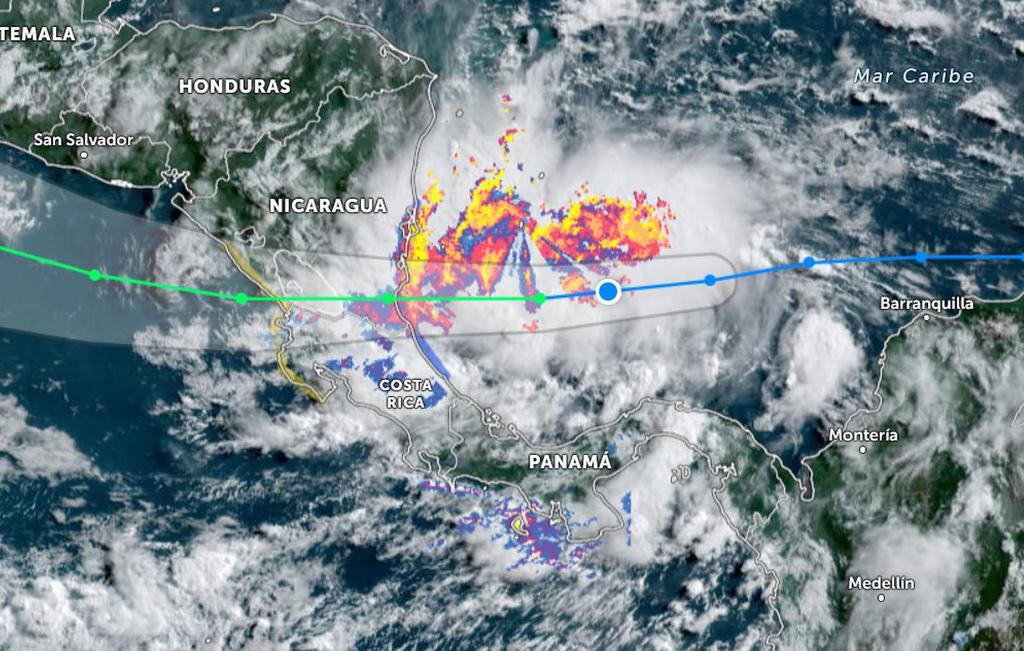 QCOSTARICA – Though Tropical Storm Bonnie is not expected until the afternoon or early evening this Friday, most of the country is already under rain and clouds.

In the Central Valley, light to moderate rains were reported from the early hours, while in Guanacaste and parts of the Northern Zone the rains were much heavier.

Here are some events that are a direct effect of Bonnie.

International flights could be delayed or canceled

If you have an international flight, to or from Costa Rica, scheduled for this Friday and Saturday, stay in touch with your airline for any changes, delays or cancellations of your flight.

This Friday morning, both the Juan Santamaria (San Jose) and  Daniel Oduber (Guanacaste) international airports were operating normally. However, that can change. Most affected will be flights in and out of the Guanacaste airport.  Passengers are asked to visit  www.guanacasteairport.com, like their Facebook and Twitter networks before arriving at the terminal.

CNE advances in evacuations in Guanacaste and the northern zone

The National Emergency Commission (CNE), with the support of the various relief bodies, is carrying out evacuations in different parts of the territory, especially in Cañas, Guanacaste and in some places in San Carlos, such as Boca Tapada, due to the imminent arrival of the Tropical Storm Bonnie.

Relief teams report several traffic accidents in Cervantes, which implies the closure of the road and makes possible evacuation work in other communities affected by the rains even more difficult. In addition, Route 10, which connects Cartago – Turrialba – Limón, is practically the only access route to the Caribbean, since Braulio Carrillo – 32, has been closed indefinitely due to the enormous landslides that affect it.

IMN and CNE call for reports of scams

The national weather service, Instituto Meteorológico Nacional (IMN) and the National Emergency Commission (CNE) called on the population to inform themselves through official channels and the mass media to avoid falling into scams.

Some information through social networks is already known to be false, so caution is requested.

“We have everything organized so that, if necessary, we can activate a donation campaign, but, at the moment, we are not making that call to the population because we are covering the costs with the budget of the National Emergency Commission. If we need help, we will let the media know,” said Jorge Rovira, director of risk management for the National Emergency Commission.

According to the weather report from the IMN, Tropical Storm Bonnie is approaching the Isla Calero, moving west at 30 kilometers per hour (km/h).

With the speed and direction it is estimated that it will cross the south of Nicaragua or the north of Costa Rica this Friday night and will emerge over the Pacific Ocean on Saturday.

Finally, the system will move offshore but parallel to the coasts in El Salvador, Guatemala and southern Mexico, between Saturday and Monday.

QCOSTARICA - According to data from the Instituto Nacional...
Weather