Tropical storm Bonnie made landfall in Costa Rica through Portillo Island at 8:30 pm, in the northern Caribbean; is expected to have passed through by mid-morning Saturday 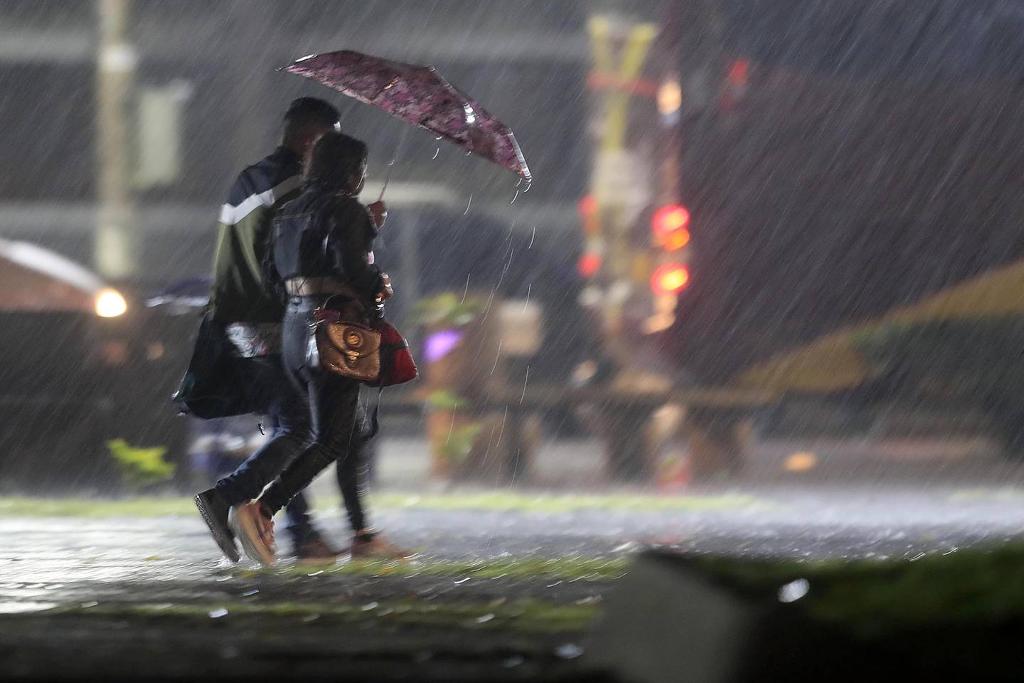 At 6:00 p.m., Bonnie was located 130 kilometers south-southwest of Bluefields, with sustained winds of 75 kilometers per hour.

The most recent case was Hurricane Otto, which hit the northern part of the country in November 2016.

According to the IMN scientific records, since 1887 a tropical depression, two tropical storms, and a hurricane have entered the country:

Bonnie is expected to leave this Saturday, mid-morning, towards the waters of the Pacific Ocean, after crossing the Costa Rican border.

“At the current speed, it could take Bonnie 9-12 hours to reach the Pacific Ocean, that is, by Saturday morning. In case of going out as a tropical storm to the Pacific, the rule indicates that its original name will be kept, as happened to Otto,” added the IMN in its report Friday night.

The expected rainfall in 24 hours is 200 mm, while during a typical downpour only 30 mm of rain is recorded in six hours, explained the IMN.

On Friday, 1,531 people were evacuated to 15 shelters as a preventive measure and another large number moved by their own means to houses of relatives.

Prior to the entry of the storm, the Comisión Nacional de Emergencias (CNE) – National Emergency Commission (CNE) – raised the number of cantons on red alert from 12 to 15,  adding the cantons of Turrialba, Jiménez and Alvarado (Cartago province) to the list of communities in Guanacaste, the northern zone and the northern Caribbean declared in maximum level of alert. 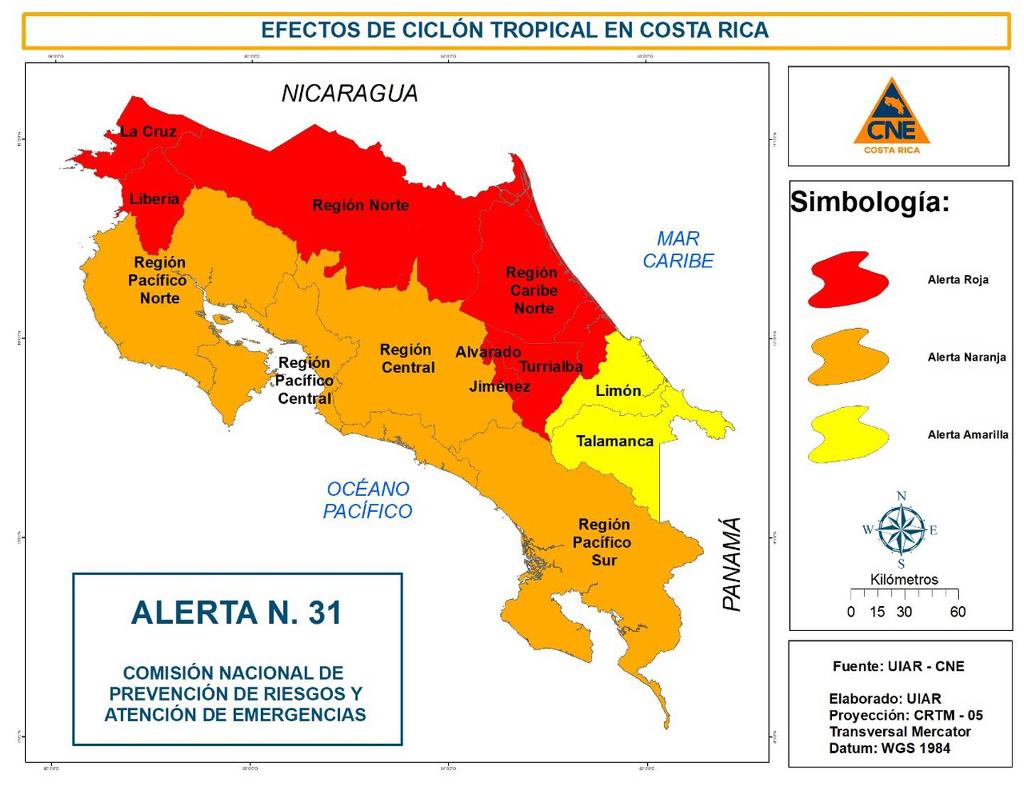 The measure was taken after Werner Stolz confirmed that the storm will generate rains in the mountains of the Central Valley and Limón, which could raise the level of the rivers that cross the three Cartago cantons that were included at the last minute in the red alert.

Bonnie’s trajectory is similar to that followed by Hurricane Otto, in November 2016, but the impact of the latter caused very severe damage in its path, entering the country with winds over 200 km/h, more than three times generated by Bonnie.

IMN meteorologist, Gabriela Chinchilla, explained that there are conditions in the ocean and the atmosphere that contributed to Bonnie not becoming a hurricane, such as the surface temperature of the Caribbean because if it is above 26.5 degrees Celsius, the possible cyclone would have been injected with force.

It also influenced that the wind at certain atmospheric heights was not very strong, not providing Bonnie enough room to gain strength, but can once it resumes its journey across the Pacific to other latitudes, explained Chinchilla.

- Advertisement -
Paying the bills
Previous articleTropical Storm Bonnie: latest events that are perceived in Costa Rica
Next articlePolice will care for houses of people who moved to shelters due to the tropical storm

Whether you are a keen gamer yourself or you...
Health