Tropical Wave Will Cause More Rain This Coming Week 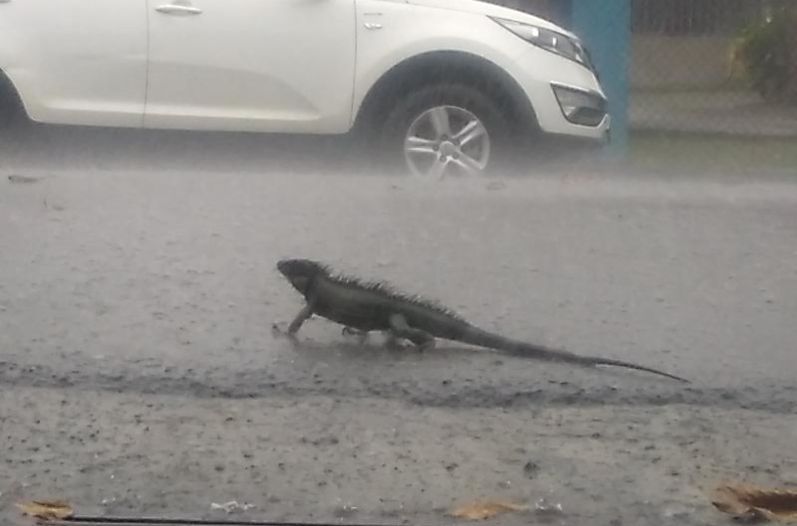 QCOSTARICA – This is the month, the month with the heaviest rainfall of the rainy season. And although we’ve had a light rainy season, the weatherman tells us to expect a lot of rain this coming week.

Eladio Solano, meteorologist at the Instituto Meteorológico Nacional (IMN) – national weather service, says the closeness of the intertropical convergence zone and the passing of a tropical wave will foster heavy rains, accompanied by thunderstorms and strong gusts in most of the country.

The areas most greatly affected are the Central Valley, the Pacific coast, the northern zone and the mountains on the Caribbean side.

According to Solano, the wave won’t affect us until well past Monday, with more rain that the last couple of weeks.

The IMN is advising the population to be vigilant, especially those living in flood zones as water levels in rivers and streams rise. Also of special attention are areas prone to landslides.

Drivers should slow down when driving in heavy rain, use headlights and reflective devices, keeping in mind that wet roads are slippery and affect braking; visibility during a downpour is reduced greatly.

What can you do a home to prevent water problems? Ensure gutters are litter free, clean out the accumulation of falling leaves and other debris,

QCOSTARICA - It's five in the afternoon on any given Wednesday in San José. Hundreds of people returning to their homes begin to crowd...
Guatemala