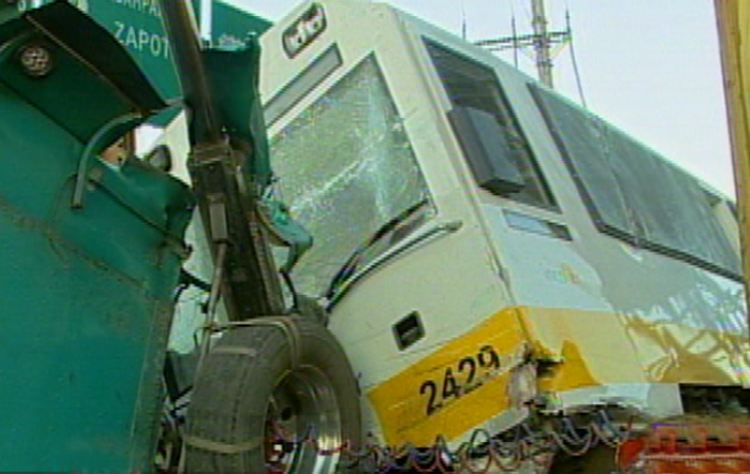 The lack of proper train crossing signals and lack of respect for the train among drivers in Costa Rica continues to pile up accidents that result in injuries, from light to serious and often with fatalities.

CORRECTED:  The latest accident occurred this morning, in San Pedro, near the Facultad de Derecho de la Universidad de Costa Rica (UCR), behind the San Pedro mall, at 5:03am, when the morning commuter train crashed into a tractor trailer.

The accident resulted in the injury of six people,  driver and passenger of the smaller vehicle most affected, requiring a trip to the nearest hospital, the Calderón Guardia.

According to Germán Marín, director of the Policía de Tránsito (traffic police), the driver of the tractor trailer did not hear the blow of the train’s whistle, leading both to come together at the same time at the train crossing point.

“The impact was such that it derailed the train”, explained Marín. 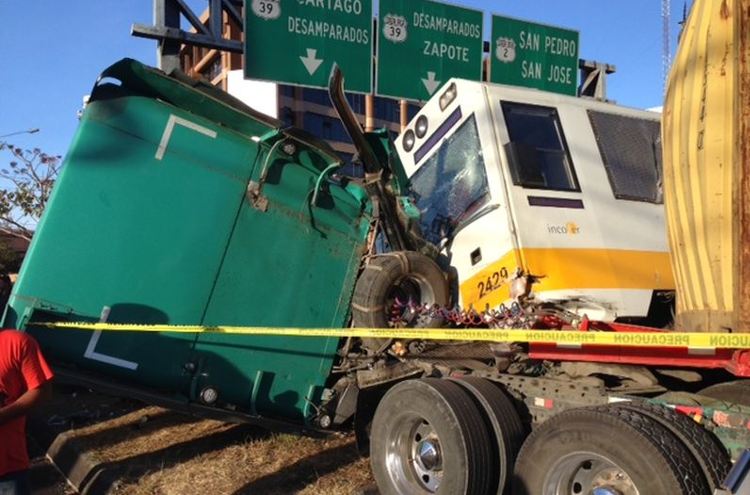 A witness, Rafael Ángel Rodríguez, a resident of Escazú, was affected when the truck’s windshield fell on top of his vehicle after the truck crashed into the train.

Rodríguez told La Nacion that when he saw that the truck would be crashing into the train, he laid over in the passenger seat and could do nothing when the glass smashed into his side door. Fortunately his windows were up keeping the debris out of his car and on him.

The accident caused tremendous traffic congestion in San Pedro, more than usual, especially in the area of the Rotonda de la Hispanidad.

The president of the  INCOFER (Costa Rica’s railway system, Miguel Crabaguíaz, said the accident was a result of clear disrespect of traffic laws and for the train.