The powerful powerful 8.2-magnitude earthquake that struck the north coast of Chile last night led authorities to order the evacuation of some 4.000 kilometres of the Pacific coastline as a precaution of a possible tsunami.

The alert went out for all Costa Rica’s Pacific coast that includes the provinces of Guanacaste and Puntarenas.

Hours later, the Tsunami warning and watches were canceled for all countries except Chile and Peru. 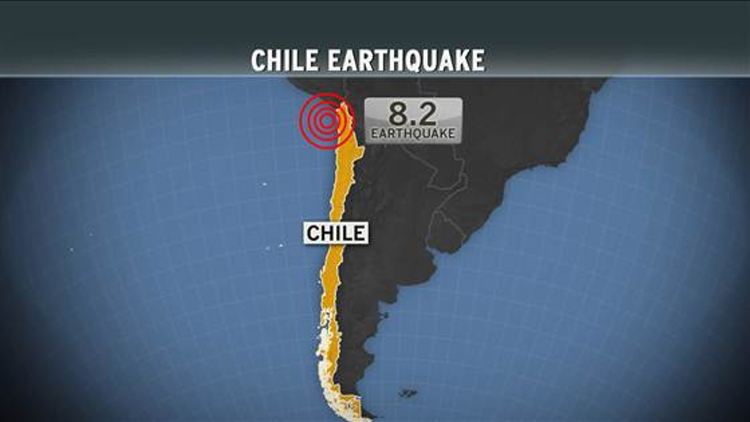