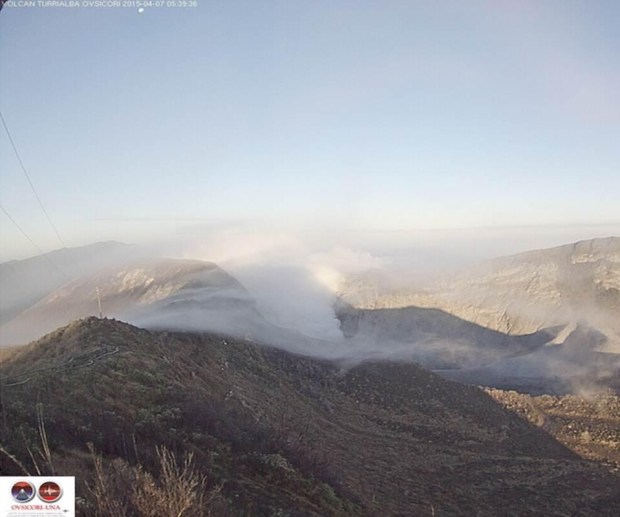 QCOSTARICA – It was 2:05am this morning (Tuesday) when the Turrialba volcano erupted again, expelling incandescent rocks, gases and ash that reached the northwest area of San Jose.

The high seismicity and gasification of the colossus has been ongoing since October, with the greatest eruption so far and the most “important” since 1996, being on March 12 and 13, when ash fall reached the west side of San Jose, forcing the temporary closure of the international airport. Some reports said ash fall reached as far as the Pacific coastal towns of Puntarenas and Jaco.

At this time the volcano has returned to calm and stopped spewing ash.

“It’s pretty quiet, but it is temporary, and it may erupt again at any time,” Pacheco said.

Live camera on the Turrialba volcano

- Advertisement -
Paying the bills
Previous articleTilapia That You Catch Yourself
Next articleCosta Rica ¢20.000 Colones Among Most Beautifully Designed Currencies

What amount would you prefer to have saved in...
Travel