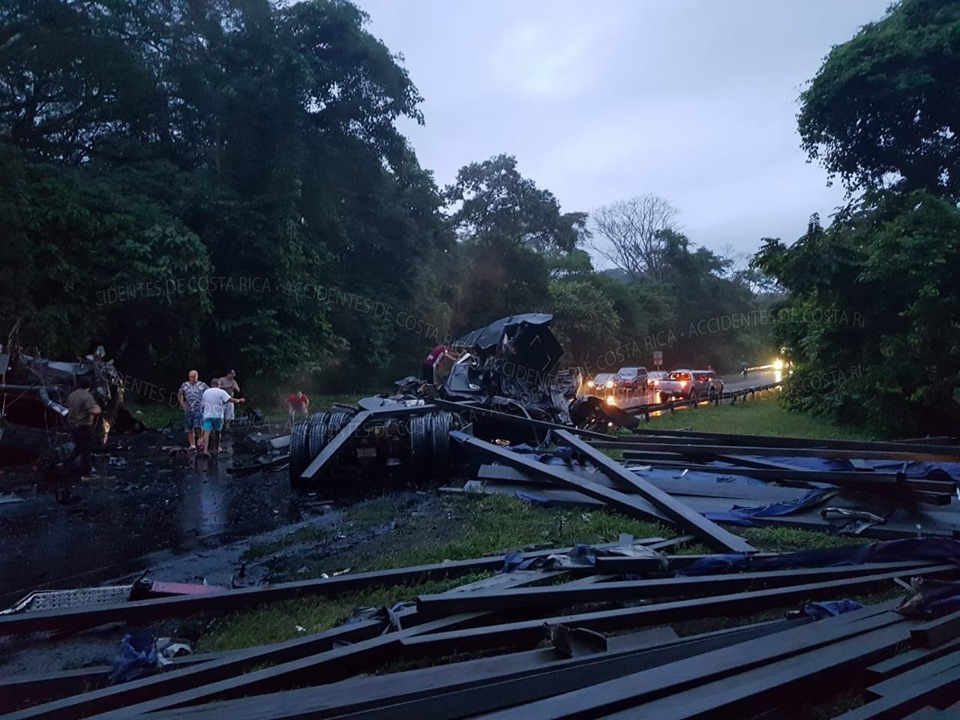 A crash between two tractor-trailers on the Ruta 27, kilometer 56, in the area of Coyolar, forced the complete shut down of the road and resulted in both drivers seriously injured.

Authorities report both drivers were pinned inside their vehicles and had to be extracted and taken to hospital in delicate condition.

No other vehicles were involved in the crash that occurred shortly before 6:00 pm Wednesday.

The minibus landed on its side, the sedan a total write off.

Seven people were injured: 2 with severe injuries, 1 in stable condition and 4 others with bumps and bruises.

Suspected the crash resulted from the constant ‘piques’ street racing in the area.

QCOSTARICA - The tolls on ruta 27 will increase...
Travel