With the completion of the bridges in the coming month, the ruta 121 in Santa Ana will become a real alternative to the ruta 27

After more than 18 months, residents of Santa Ana and drivers on the ruta 121 – the old road to Piedades – can enjoy in a few weeks fluid traffic with the completion of the work on the bridges.

In one month, two structures of a package of six bridges on this alternate road to Ruta 27 will be completed and in service. This is the bridge over the Caraña river, which has 93% progress and over the rio Oro river, with 89% completion.

The other bridges intervened are the El Cubillo (80%), Azul (76%), Uruca (70%) and Corrogres (west of the rotonda Red Cross) that started this year. 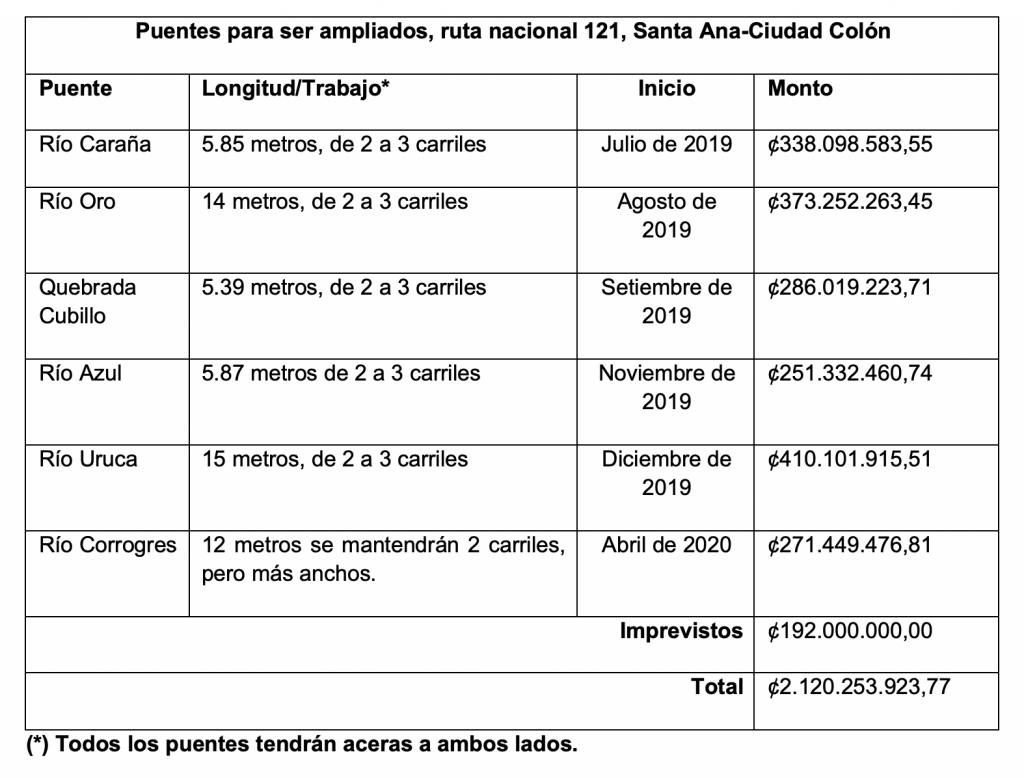 Works completed are the bridges over the Guapinol, Muerte 1, Muerte 2, San Marcos and Cruz rivers, in the center of Piedades.

The new bridges benefit the communities of Santa Ana center, Piedades, Trinidad and Ciudad Colón, among others, with more fluidity and a real alternate to the 27.

(QCOSTARICA) While the economic crisis felt by one and all due...
Read more

(QCOSTARICA) It was almost like watching a movie. Full of suspense...
Read more

As the world of online casino games continues to boom in 2020, players across the globe are choosing to head to the web for...
Read more
Latin America

On the Back of the Pandemic, the Militarization of Latin America is Gathering Momentum, Analysts Warn

QCOSTARICA - Thanks to the program Hacete Escuchar (“Make Yourself Heard”) developed by the U.S. Embassy San Jose’s Bureau of International Narcotics and Law...
Redaqted

Travel to the United States in a pandemic; what you should know

CORRECTION: Costa Ricans do not have to quarantine as was indicated in the original report. QCOSTARICA - It is not uncommon for many Ticos to...
Health

QCOSTARICA - Costa Rica began the process to acquire equipment that it will need for the future application and storage of the vaccine against...
Nicaragua

Remittances grow in Nicaragua despite the coronavirus pandemic

“Everybody sends money to family members for their daily subsistence and to help them get ahead. That is the goal: to help your family...