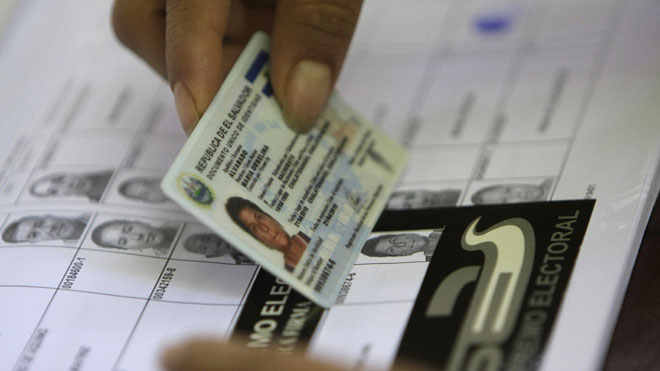 CENTRAL AMERICA NEWS  (Prensa Latina) – Only 20 days from the municipal and legislative elections in El Salvador, two parties stand out of the dozen political forces running as candidates.

On the one hand, there is the Farabundo Marti National Liberation Front (FMLN) with its consistent platform with governmental plans,seeking to deepen social programs from a territorial approach.

On the other hand, there is the party Nationalist Republican Alliance (ARENA) that, as in other elections, instead of presenting a government plan devotes itself to call in discreditof others.

The proposals of the two main rival parties represent two different development models, and in that sense, some ARENA candidates try to win a seat in parliament or in a city hall appropriating themselves of symbols and ideals of the left-wing in order to win the vote.

So much so, that when Pope Francis declared Archbishop Oscar Arnulfo Romero martyr, candidate for mayor of San Salvador from the ARENA party Edwin Zamora, promised to build him a monument while stating that Arnulfo “belongs to all Salvadorans”.

A broadcast debate held yesterday between candidates for the capital, from FMLN Najib Bukele and from ARENA Zamora, showed an evident use by the right-wing of discredit as sole resource, lacking a platform for the capital city.

However, Bukele was more concrete and reiterated that the priority of his term, if he wins, is to invest in people.

In this context is carried out the campaign for the elections on March 1, in which parliamentarians to the Legislative Assembly, the Central American Parliament and Plural Municipal Councils will be elected.