U.S. banks warned to watch for corrupt cash from Nicaragua 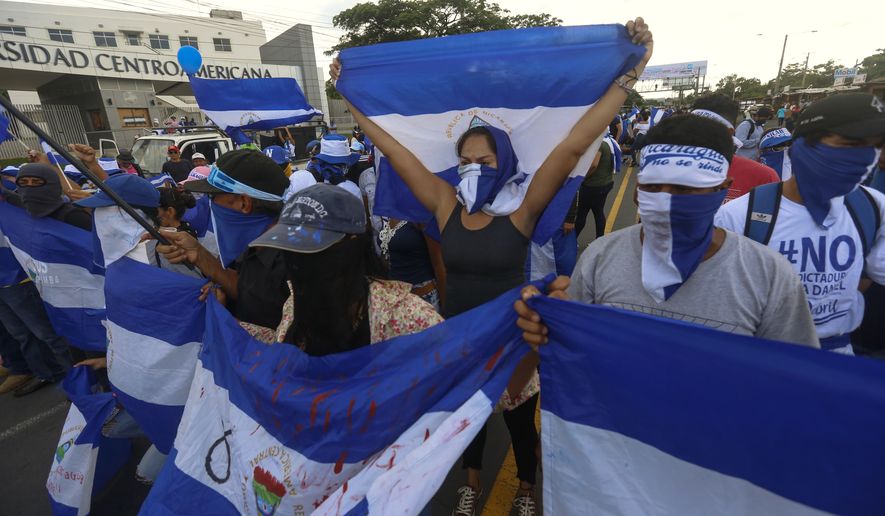 The U.S. has ratcheted up the pressure on the government of Daniel Ortega for its crackdown on political opponents, with the U.S. Treasury Department officials warning American banks to be wary of corrupt officials moving cash from embattled Nicaragua into the U.S. financial system.

“Given the oppressive and corrupt conduct of the Ortega regime and resulting unrest in Nicaragua, people and companies associated with or linked to the Ortega regime may try to move corruption-related assets out of Nicaragua,” FinCEN Director Kenneth A. Blanco said in the press release Thursday.

“U.S. financial institutions are an important line of defense against corrupt and bloodstained money flowing through our system, and we are advising our partners in the financial sector to be on high alert,” Blanco said.

Under Secretary of the Treasury for Terrorism and Financial Intelligence Sigal Mandelker said in a statement, “For years, Nicaragua’s President Daniel Ortega and his government have held fraudulent elections, suppressed civil society and independent media, and stolen money from government funds. The violence that Ortega’s regime has perpetrated against the Nicaraguan people is despicable, and the international financial community must be on guard to prevent exploitation by corrupt regime insiders.”

Ortega has lost control over most of the country since April when peaceful demonstrations morphed into a revolt against his government and its allies, with almost 400 reported dead in clashes since then.

The Trump administration has already levied sanctions against three allies of Ortega, targeting them in July for alleged human-rights abuses and corruption. A fourth official was blacklisted by Treasury for allegedly amassing huge wealth while earning a meager government salary.

- Advertisement -
Paying the bills
Previous articlePlan Fiscal (Tax Reform) Approved in First Debate. But Strike Will Continue!
Next articleThree dead and one missing due to the rains (photos & video)