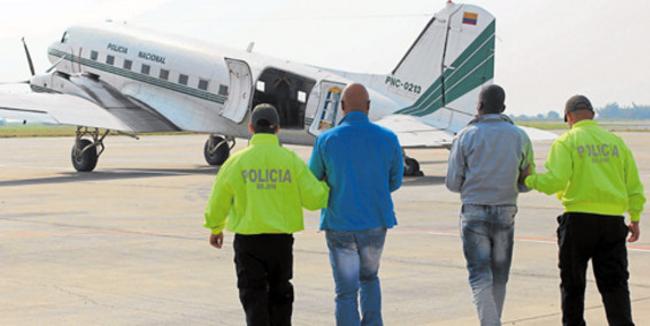 (TODAY COLOMBIA) A newspaper in Colombia has reported a drugs-for-guns arrangement involving the country’s two main guerrilla organizations and the Russian Mafia, in a case which highlights both the close relationship between the rebels and increasing influence of European organized crime.

According to El Tiempo, the arrangement was uncovered after a joint investigation by the FBI and Colombia’s police intelligence unit (Dijin) in which 17 kilos of cocaine were intercepted at sea en route to New York. The operation also saw the arrest of alleged representatives of the Revolutionary Armed Forces of Colombia (FARC) and National Liberation Army (ELN) in the Caribbean coastal city of Cartagena.

According to an unnamed Dijin officer cited by El Tiempo, the FARC representative, alias “Frank,” and ELN counterpart, alias “Mellizo,” engaged in months-long negotiations with a Russian Mafia envoy, which established an agreement to swap guns for drugs at a rate of one rifle per kilo of cocaine.

El Tiempo stated the originally agreed first shipment of 50 kilos had to be reduced to 17 because of logistical problems. After the shipment was intercepted at sea, both Frank and Mellizo were captured in Cartagena, where they expected to receive the guns.

The close working relationship between the FARC and ELN is well documented, with the two groups now supporting each other in combat, politics and colluding in the likes of kidnapping operations. However, this is as true an indication as any that the rebels’ drug trafficking activities are deeply intertwined. While for a long time the ELN resisted participation in the drugs trade on ideological grounds, it is now active and engaged in the trade in many of Colombia’s key drug production zones.

While the Russian Mafia is known to be present throughout the region — with notable reports of activity in the likes of Ecuador, Peru and Honduras — Italian organized crime is more commonly associated with Colombia. This latest bust could point to a concerted effort by the group sometimes referred to as the “most powerful mafia in the world” to make greater inroads into the country.

Yet, with neither the FBI nor the Dijin reporting on the operation so far, details remain scant. If the El Tiempo report is accurate and the guerrilla representatives were captured while awaiting the arrival of the arms, it opens up the possibility that the operation was a sting like that seen off the coast of Guinea-Bissau in 2013. In that operation, US agents posed as FARC guerrillas selling cocaine to capture corrupt members of the Bissau-Guinean military.