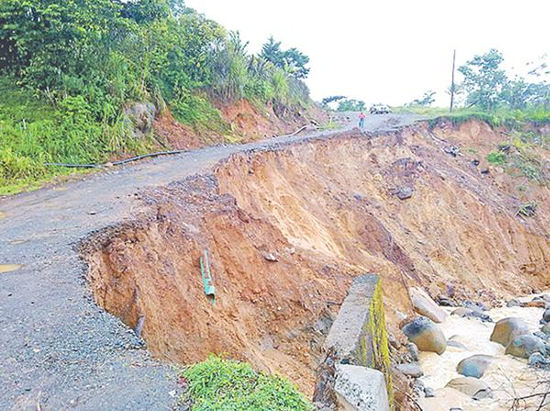 COSTA RICA NEWS – Not even an order by the Constitutional Court has helped over 400 families living in Santa Eduviges, Santo Tomás, Los Ángeles, California and Santa Lucía, in the district of Páramo de Pérez Zeledón, to get the Consejo Nacional de Vialidad (Conavi) to repair the 200 metres of road that today, after Monday’s landslide, is completely unusable. 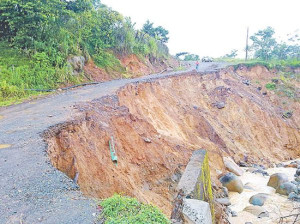 The problems started some eight years ago. When the residents didn’t get any action from the various state institutions, they finally ending up with an to the Constitutional Court.

The Court ruled last October, ordering the Conavi to fix the road within six months. However, the order seems to have fallen on deaf ears.

Janet Cordero Hidalgo, president of the local development association, told Diaro Extra on Thursday the only way for the some 1.000 people who live in the community connect to the rest of the country is an alternate route that adds an additional 12 kilometres to the travel distance.

“We tried of going from institution to institution, even made an appeal (to the Constitutional Court) and solved nothing. We have now gone to the Defensoría de los Habitantes (Ombudsman) for a lawyer to advise us on a lawsuit against the state for contempt”, said Hidalgo.

For the time being, the Conavi is not referring to the subject.