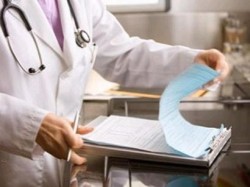 NEW YORK (Reuters) – For Jim Kucera, the pain was just getting worse. The salesman from New Hope, Minnesota, needed a hip replacement urgently, but the cost of treatment would also be painful: Lacking health insurance, he would have to pay out of pocket.

At first, Kucera looked abroad at countries like Israel and India, where he figured he could get the procedure done for about $30,000, a bargain compared with the $50,000 or more that American hospitals would likely charge.

But he balked at the long distances involved and the potential for in-flight health problems.

Then, he came across the encouraging idea of being a medical tourist closer to home – right here in the United States.

“I’d never heard of that before,” says the 63-year-old Kucera.

He connected with North American Surgery, an intermediary firm that hospitals hire to market their services to out-of-pocket payers, and it found him a better deal. Late last year, Kucera’s hip replacement procedure was done – in Oklahoma City – for less than $20,000, including flights and hotels.

The idea of medical tourism has gained currency in recent years, encouraging patients to explore their options.

Hospitals like Bumrungrad in Bangkok offer five-star-hotel amenities, replete with gourmet food, marble floors, treatment by Western-trained doctors, recuperation at a tropical resort, and a much lighter bill than is typical in the United States.

That’s spurred about 700,000 Americans to travel abroad each year for medical treatment, according to Josef Woodman, author of the book “Patients Beyond Borders.”

For the less adventurous, however, jetting to India or Singapore for medical care is a bridge too far.

“There are questions of medical training, of language issues, of lengthy travel,” says Rick Baker, founder of North American Surgery. “If you have to file a malpractice lawsuit, good luck doing that in India. If you need a transfusion, where’s that blood coming from? Or what if you pick up a bug common to that part of the world but is rarely seen in the U.S., that is difficult to diagnose and treat?”

Enter the idea of ‘domestic medical travel.’ After all, one doesn’t have to be treated at the local healthcare facility, and traveling to another state for medical care can be more comforting for many than crossing an ocean.

It’s not just the uninsured who may travel for medical care. Workers for some major corporations can be treated at so-called “surgical centers of excellence” – first-rate medical facilities within the U.S. – and have it covered by their insurance. About 22 percent of large employers now support that, and another 19 percent are considering it, according to the 2012 National Survey of Employer-Sponsored Health Plans by consulting firm Mercer.

“There’s going to be much more of this going forward,” predicts Eric Grossman, a senior partner with Mercer. “There’s a lot of interest in it right now among employers and health carriers.”

For instance, home-improvement retailer Lowe’s recently agreed on a deal with the Cleveland Clinic, winning bulk discounts on top-flight cardiac care for its employees. PepsiCo Inc. did the same with The Johns Hopkins Hospital in Baltimore, while Wal-Mart Store Inc. has struck similar agreements with several hospitals around the country.

How the new healthcare reform legislation will affect medical comparison shopping remains to be seen. Observers suggest it might have a different effect on different consumers.

Mercer’s Grossman predicts that companies and carriers will become much more active in seeking discounts in the years to come, in order to contain costs. North American Surgery’s Baker worries that broader coverage will mean hospitals will be less likely to cut similar deals for uninsured individuals, but of course there will be far fewer of the latter once the mandate that people have coverage kicks in on January 1, 2014.

To be sure, domestic medical travel isn’t a cure-all.

Long trips back to your home base aren’t ideal for anyone after a major procedure, even if it is stateside rather than abroad. And if you’re doing this on your own, instead of through an insurance plan, there will be added costs to consider, like airline tickets or having a companion come along to assist.

And, of course, the bottom line with medical care isn’t the cost, it’s the quality of care. So medical travelers have to vet their destination hospitals and doctors carefully.

There’s also the challenge of getting reliable cost comparisons. Most American facilities shy away from providing hard numbers on the cost of various procedures, since each patient’s case is inherently unique.

“The resistance to that is tremendous in the U.S.,” says Woodman. “I would like it to be mandatory for U.S. hospitals to publicize their costs online, just as auto dealers put prices on car windshields.”

North American Surgery sends most of its clients to Oklahoma, Arizona and South Dakota, where facilities have been open to offering discounts in exchange for cash payment, and in turn give Baker’s company a percentage of the total bill.

Patients who are considering domestic medical travel can research the records of doctors at sites like Healthgrades.com and Zocdoc.com, and study U.S. News & World Report’s annual hospital rankings.

The caveats for domestic medical travelers are essentially the same as they are for those scouting locations abroad, says Woodman. Opt for fully accredited hospitals with an extensive, successful history in performing the procedure you are seeking. Bring full medical documentation back home with you, so you can follow up with local doctors if or when you need to.

Bring a medical-travel companion; you will likely need the assistance. Indeed, if your health plan is covering you to travel a significant distance to a surgical center of excellence, they will usually spring for a companion as well, says Mercer’s Grossman.

If you’re uninsured, research whether the price the institution is quoting you is “all-in” – including things like inpatient days, consultations, and anesthesia – or whether those elements are a la carte, which could bloat the final bill significantly.

As for Jim Kucera, the freedom from pain brought by his new hip has prompted him to start bowling again. Sure, he had to raid some retirement funds to pay the bill, but it was worth it for a new lease on life.

“I should have done it years ago,” he says.

QCOSTARICA - The Minister of Foreign Affairs of Costa...
Infrastructure