U.S. Orders Relatives of US Embassy Staff To Leave Nicaragua

The U.S. State Department has ordered the relatives of U.S. government employees based in Nicaragua to leave the country. In addition, services at the US embassy in the capital in Managua will be curtailed. 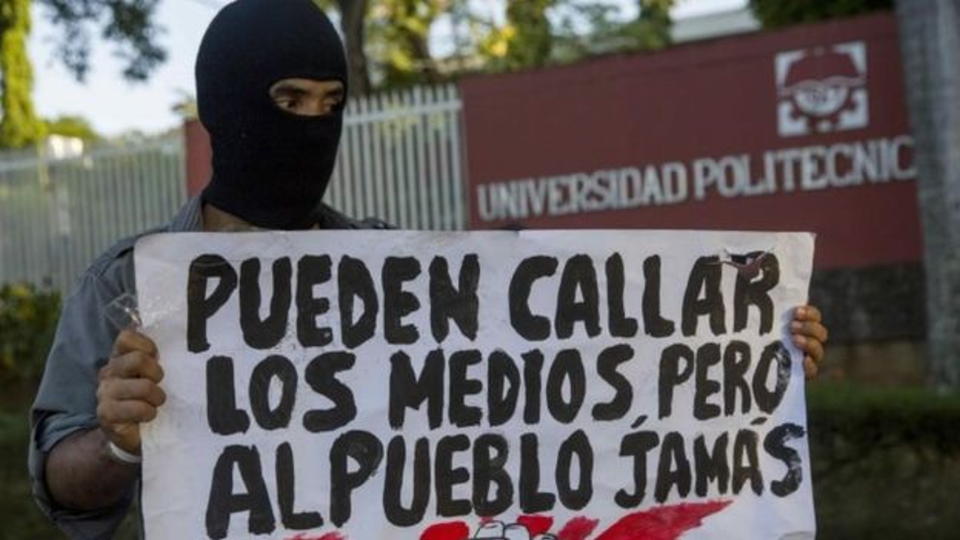 Even though Nicaraguan president Daniel Ortega on Sunday revoked the changes, namely increases in payments and a reduction in benefits to the social security fund, the INSS, the situation remains tense as protests continue and more are expected.

The state department also said it would authorize US government personnel to leave Nicaragua but that those decisions would have to be taken on a case-by-by-case basis.

In a statement, it warned that “political rallies and demonstrations are occurring daily, often with little notice or predictability. Some protests result in injuries and deaths,” adding that buying food and fuel could become a challenge and access to the airport in Managua could be blocked.

The unrest first started on Wednesday when hundreds of people, mainly pensioners, took to the streets of the capital, Managua.

The protesters blame the police and pro-government gangs for the ensuing violence, that by Thursday escalated in clashes between the opposing factions, mainly university students, and anti-riot police.

The clashes spread across the country, all major centers reporting violence. By Sunday morning, stores in Managua and Masaya were looted, prompting president Ortega for a call to peace and announcing a revocation of the INSS board measures adopted days earlier.

(QCOSTARICA) With the opening of the air and sea borders to...
Read more

(QCOSTARICA) As of this Monday, September 14, the United States Government (USG) stopped monitoring the temperature of international travelers, reported the Center for Disease...
Read more
News

This is how the tax on ATM transactions would work

(QCOSTARICA) Costa Rica president Carlos Alvarado on Thursday outlined the proposed new taxes that would be imposed in order to obtain a US$2.25 billion...
Economy

The death of Dr. Salas’ father comes at a difficult time

RICO'S DIGEST -  I have no doubt that this is a moment of great weight for the majority in Costa Rica who identify with...
Front Page

Funeral homes in times of pandemic: the painful challenge of the last goodbye to the COVID-19 deceased

(QCOSTARICA) A young man observes crying from the gate of the cemetery the moment in which his mother is buried. He is an only...
Business

(Q BUSINESS) Latin American airlines are accelerating their digitization processes to reduce contact with passengers in various processes when traveling. During a forum organized by...