QCOSTARICA – This Monday morning a large group of Uber drivers took to the streets in protest, a protest against the Uber company on its decision to allow cash payment for the service.

The drivers say the company’s requirement that they keep at least ¢36,000 colones in cash to give passengers change, exposes them to attacks.

However, Julie Robinson, spokesperson for Uber, said that driver safety is not at risk because the same registration and protocols used before, during and after the trip will remain. 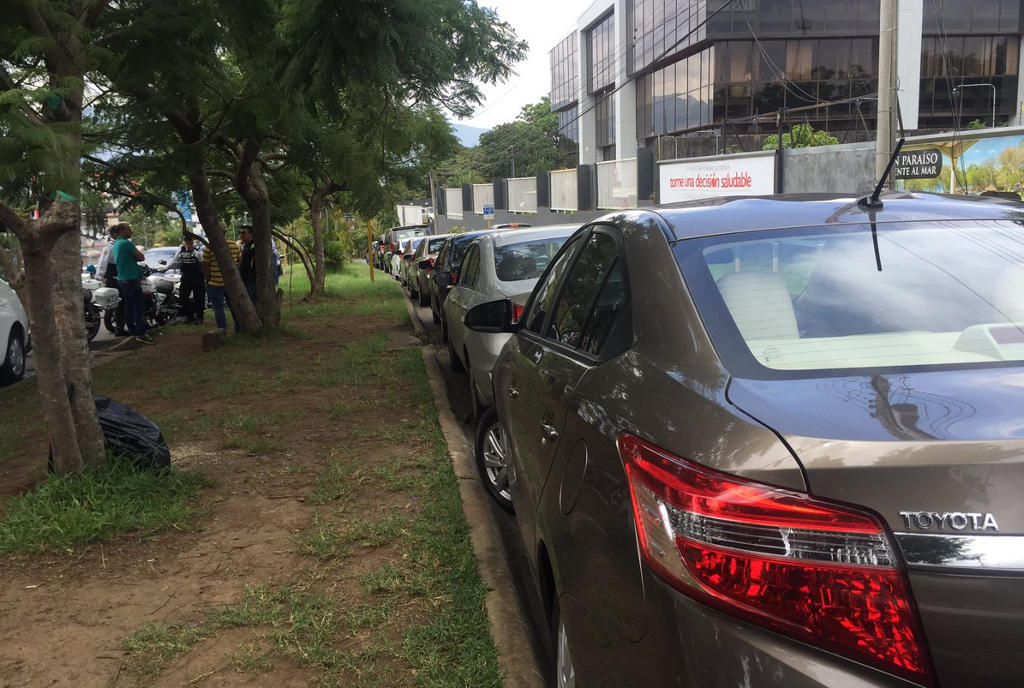 “The safety of partners (drivers) is not compromised. We implemented the cash because it is important to give the opportunity to all people who are unbanked (don’t have a debit or credit card or Paypal) to use the safe and reliable service we offer,” Robinson said.

According to Robinson, the cash payment option is used in more than 70 cities worldwide, including about 30 in Latin America, such as Mexico, Panama, Colombia and Chile.

A Uber driver told La Nacion that in addition to the crowd gathered outside the Uber offices located in Plaza Antares, in San Pedro, some 400 drivers were disconnected from the service this morning.

The driver added that in the coming days another group will be asking the company to cut its commission from the current 20% to 15%.

By 1:00pm, about the time the downpours started in the San Jose area, the group disbanded without speaking to any company representative.

During the protest, Transito (traffic) officials remained on the scene in the event the drivers took to the same tactic used by formal taxis, blocking traffic.

Uber’s announcement coincides with an investigation by the Tax Department “” the way in which the company operates and its relationship with the drivers, to determine the tax liability of both.

“Any activity that at this point starts promoting cash is promoting informality and obviously with that, the possibility of avoiding (tax) controls and traceability,” said the official.