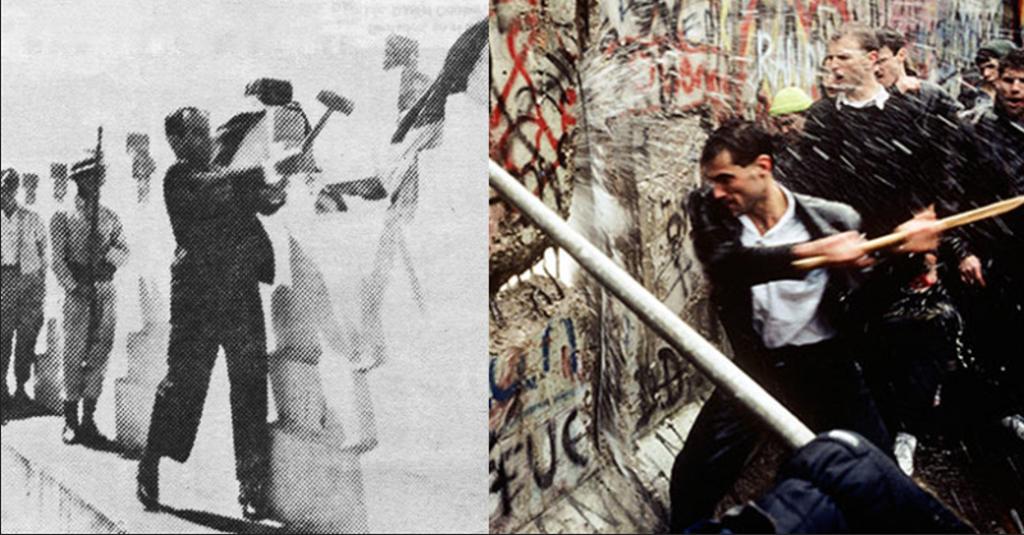 Q REPORTS – As Europe divided into armed camps in the late 1940s, Costa Rica decisively rejected the military that had long undermined its democracy, becoming the most peaceful, prosperous and healthy state in Central America. Sean Howard believes that Europe must learn from it to achieve the unrealized dream of a “Europe whole and free”.

Responding to Russia’s repugnant invasion of Ukraine, Prime Minister Boris Johnson argued that “what is at stake” is “the whole idea of that wonderful thing that was so inspiring when some of us were young: a Europe whole and free,” the “fantastic revolution that happened in 1989 and 1990 when communism fell”.

As usual, the PM is casting a lazy eye on history. As America’s last ambassador to the Soviet Union, Jack Matlock, recently complained, all too “many people … look at the breakup of the Soviet Union” – iconically dramatized in the fall of the Berlin Wall – “as the end of the Cold War,” whereas that terrifying era of arms races and near misses actually “ended in December 1988” when Soviet President Mikhail Gorbachev “gave up the Marxian class struggle as a basis of Soviet foreign policy”.

Matlock is referring to the date of Gorbachev’s historic but now rarely-cited address to the UN General Assembly, in which he made clear he was ‘giving up’ something even more fundamental than communist orthodoxy: the “scourge of war” from which the UN Charter pledged to “save succeeding generations”. “It is evident,” Gorbachev argued “that force or the threat of force neither can nor should be instruments of foreign policy.” Identifying disarmament – deep and broad, to the point where offensive war cannot be waged – as “the most important thing of all, without which no other issue of the forthcoming age can be solved,” Gorbachev called for an end to nothing less than “the militarization of thought”.
Cold war, cold peace

For Gorbachev, together with peace and allied progressive movements across Europe and beyond, no one ‘won’ the Cold War: humanity (somehow) survived it, and the reprieve offered a golden opportunity to finally do ‘the most important thing of all,’ win what Wilfred Owen called in 1917 a war “greater” than any, “when every fighter brags/He fights on Death, for lives; not men, for flags.”

That struggle was soon lost in post-Cold War Europe, where by the mid-1990s high hopes of a radically demilitarized, completely denuclearized, post-bloc order – delivering a desperately needed ‘peace dividend’ for socio-economic development – were dashed by the strategically senseless eastward expansion of nuclear-armed NATO, a move described by Matlock and dozens of senior retired US officials in a 1997 Open Letter to President Clinton as a “policy error of historic proportions,” certain to “undercut those [in Russia] who favor reform and cooperation with the West”.

As President George H.W. Bush said of Gorbachev’s plea for Washington and Moscow to jointly build a ‘Common European Home’: “To hell with that! We prevailed. They didn’t.” But there is one place where, against steep odds, the war against war was won – yielding spectacular dividends – long ago: Costa Rica.
Health, happiness and human security

The Berlin Wall was finally felled by the pickaxes and sledgehammers of non-violently indignant civilians. Forty-one years before, Costa Rica’s new social democratic President, José Figueres, took a sledgehammer to the wall of the country’s massive military Headquarters, dominating the capital of San José, before handing the keys to the minister of education – and abolishing the armed forces entirely.

Ever since, as the United States spent trillions on its omnicidal nuclear ‘triad’ and global military empire of 800+ bases, Costa Rica invested modest sums in a peace ‘triad’ – education, healthcare, environmental protection – generating immense social ‘strength through peace,’ to cite the title of a comprehensive study by David Barash and Judith Lipton. In a routinely war-torn neighborhood – with Nicaragua to the north and Panama to the south, both victims of US invasion and occupation – Costa Rica, as Barash wrote in 2013, “has no army, navy or air force, no heavy weapons of any kind,” and if “you walk along a beach…and see lines of pelicans flying in perfect formation, consider” it the “air force, out on maneuvers.”

The state does maintain a lightly-armed civil guard, able only to perform minimal defensive, law-enforcement, and civilian-protection duties. And this demonstrably non-threatening posture – the achievement, in essence, of that grandest of all UN goals, ‘general and complete disarmament’ – has enabled it to play a key role as regional peacemaker, most famously in the 1980s when President Oscar Arias (awarded the 1987 Nobel Peace Prize) refused to back Washington’s bid to topple the new left-wing regime in Nicaragua, while criticizing the authoritarianism already blighting – and, since, entirely perverting – the Sandinista revolution.

Barash laments that “most American” (and I’m sure British) tourists “have no idea” the ‘tropical paradise’ they’re enjoying “is demilitarized, even as they enthusiastically partake of the many benefits this decision has helped generate: democratic institutions, the remarkably healthy and happy population, and, not least, the fact that Costa Rica has been able to invest not only in its people but also in preserving about 25% of its land area in either national parks or biological reserves.”

Proving Barash’s point, in August last year professor of public health Atul Gawande – now assistant administrator of the US Aid and Development Agency’s Bureau for Global Health – managed to write a long article in The New Yorker asking how Costa Rica had been able to weather the COVID-19 storm far more effectively than the US, while missing the non-violent “secret” hidden in plain sight, the fact that, as New Yorker reader Joan Sturmthal politely pointed out, “the end of the armed services allowed for a greater financial and cultural focus on health and education, resulting in a well-educated and long-lived population.”

In terms of pandemic mortality, as of February 25, Costa Rica had experienced 158 deaths per 100,000, compared to 284 in the US (and 231 in the UK). Total excess deaths also seem much higher in the US, reflecting not just the healthcare benefits of Costa Rica’s community- and prevention-based, not-for-profit model – synergistically integrating physical, mental, and environmental care and concern – but greater equality, opportunity, and thus resilience.

In his Nobel lecture , Oscar Arias described Costa Ricans not only as “an unarmed people, whose children have never seen a fighter or a tank or a warship,” but, equally important, “a country of teachers” where “children go with books under their arms, not rifles on their shoulders”.

Today, 20 countries, most in the Global South, have followed Costa Rica’s abolitionist lead . Had Gorbachev’s vision been fostered, not throttled, in the 1990s, Ukraine today could be such a country, part of a generally and completely demilitarized zone in central and eastern Europe, and perhaps – why not? – across the continent.

What else could a “Europe whole and free” truly, durably, rationally mean?

- Advertisement -
Paying the bills
Previous articleWhat are the Biggest Benefits of Using Bongs?
Next articleUCR affirms that a strong intervention on the exchange rate is inconvenient

Q TRAVEL - Many people are now flexible when...
Dollar Exchange