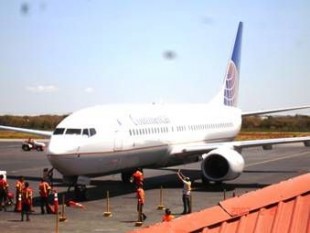 QCOSTARICA – United Airlines flight 1097 was cancelled after a second failed attempt to leave Costa Rica, with 177 passengers onboard.

The flight had to return to the terminal after two minutes after departure at 7:06am this Saturday morning, after a warning of engine overheating.

After crews performed maintenance on the aircraft, Boeing 737-800 aircraft #3293, was able to depart at 12:30pm. But once again it was forced to return within minutes of taking off, for the same problem.

On its website, United says the flight is ” canceled due to Aircraft maintenance”.