BREAKING NEWS – QCOSTARICA – 177 passengers on an outbound United Airlines flight from Costa Rica’s San José airport got the shock of their lives this morning Saturday, when the aircraft headed for Houston, returned to the airport only two minutes after takeoff.

A warning in one of the engines triggered the emergency.

At 7:06am, United flight 1097 took off from the Juan Santamaria airport. At 7:08am, it landed safely after declaring an emergency. An engine overheat warning causing the alert.

The aircraft is currently (9:12am) on the ground, its departure delayed four hours, and estimated to depart at 10:30am, according to the United website. “Status: Delayed due to Aircraft maintenance (Estimated Departure 4 Hours Late)”, reads the notice.

According to the Servicio de Vigilancia Aérea (SVA), the onboard instruments of the Houston bound aircraft warned of an engine overheating, forcing a return to the airport to allow ground crews to carry out a full review. 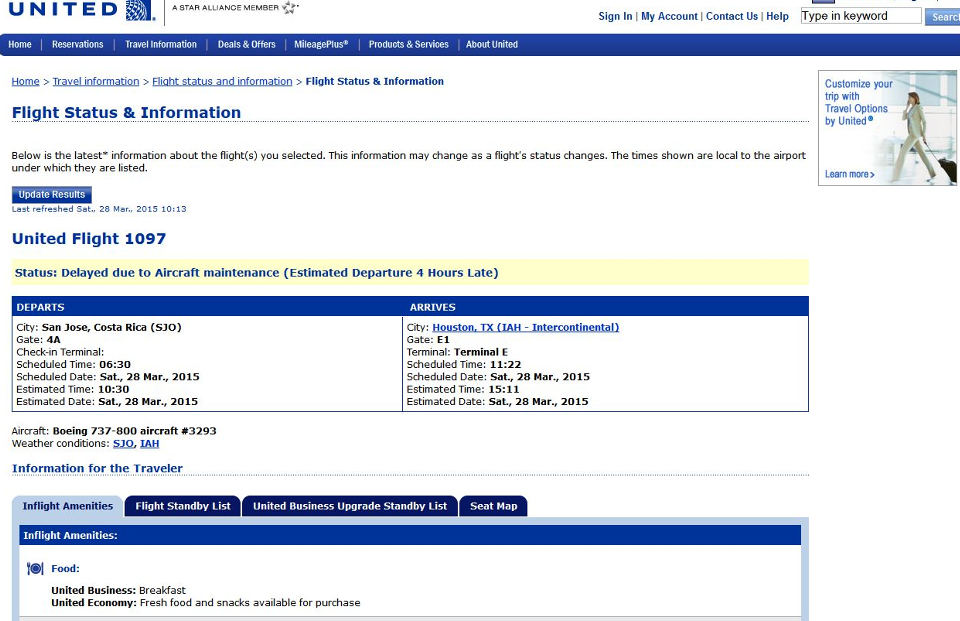 QCOSTARICA - A total of 21,969 tourists from European...
Alajuela