COSTA RICA NEWS — University students will take to the streets today, Tuesday, to protest against the planned budget cuts to public education.

Monday morning President Luis Guillermo Solís expressed support for the student movement, “as long as it is peaceful”. In the afternoon, during a meeting with a group of union leaders, the President reiterated his support.

I supported, support and will continue to support public education paid by the State… an essential part of Costa Rican life,” Luis Guillermo Solís

[/su_pullquote]However, Solís was quick to point out that the people should expect his support on other items in the national budget proposal that is to be presented to the Legislative Assembly in December.

Having failed to obtain support for his budget cuts, PAC legislator Ottón Solís (no relation to President Solís) is not focusing on new revenues for the government, announcing a more aggressive tax that proposed by the government so far. 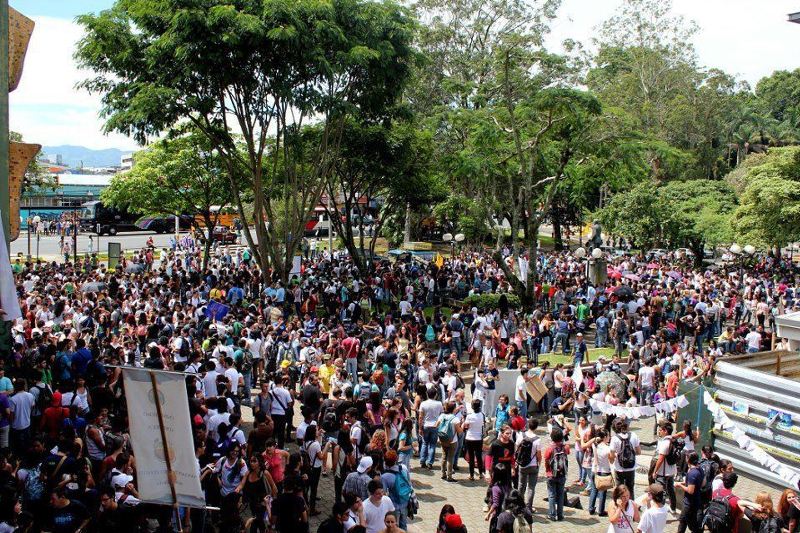 Ottón, founder of the PAC party and currently PAC legislative house leader and chairing the Economic Affairs Committee of the Legislative Assembly, has been vocal again the government allocation of funds to institutions, including the Ministry of Education, gross pensions and bureaucratic spending.

The legislator has been critical of the current bonus system paid to 99% of educators and pushing the extra pay to be cut from the budget proposal.

A number of legislators critical of the proposed budget is also criticizing the President for supporting the university students, saying being a professor by profession, he favors the students.