Colombia and Guatemala, allies in security 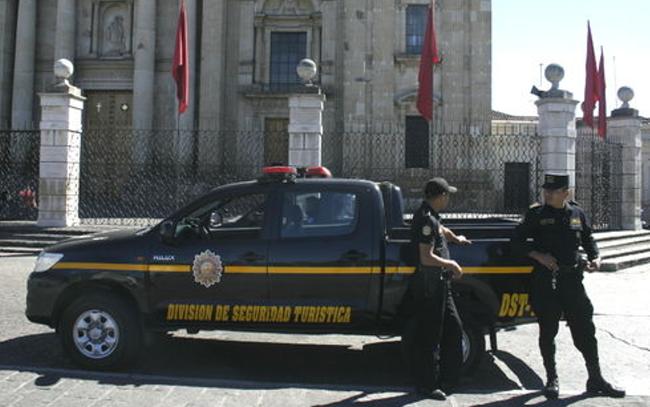 (TODAY COLOMBIA) GUATEMALA CITY – The Colombian government has been helping Guatemala improve its training of police officers and use of crime-solving technology and intelligence since 2011.

Due to the police’s lack of credibility among the public and the internal corruption affecting Guatemala’s National Civil Police (PNC), the Guatemalan government introduced the National Commission for Police Reform (CNRP), made up of members of the Ministry of the Interior and the PNC, in 2011.

The commission’s focus is to strengthen the institution’s internal structures, its ability to prevent crime and improve its criminal investigation methods.

Since 2012, the government has allocated US$7.5 million annually to the CNRP.

The training and professionalization of police officers are keys to the reform, as they’re being bolstered through collaboration with Colombia, which assists the Central American nation with experts in policing, according to Guatemalan Ministry of the Interior Deputy Minister of Security Edi Juárez.

The partnership has led Guatemalan officers to have access to video analysis to solve high-impact crimes. In September, the first class of officers graduated from the police academy with degrees in police science, specializing in community policing.

“We carried out an analysis for a new distribution of the PNC,” Juárez said. “Based on that, organizations were created at the regional, district, local and station levels, with the station level being in closest contact with the public.”

In September, the PNC launched the Pilot Plan for Comprehensive Police Deployment, with three model police stations in the departments of Sololá and Quiché, in western Guatemala, and in El Progreso, east of Guatemala City, assigning 950 officers who are originally from each location.

“This new deployment is a positive measure because it puts the officers in their cultural context, near their families, which will have a positive emotional impact in terms of their performance,” said Joel Cardona, the head of Police Station 53 in El Progreso.

Within the context of police reform, the PNC also received 17,000 new weapons for its 30,000 officers in January.

The government also expects to graduate 5,000 officers by the end of the year from the new police academy in Salamá in the northern department of Baja Verapaz, which will become operational this year, according to Interior Minister Mauricio López Bonilla.

In late February, Colombia will send senior officials from the Army specialized in education, training and protocols to help prepare new PNC officers.

Yet, high crime rates persist. There were 6,072 homicides last year, 47 more than in 2012, according to the National Institute of Forensic Sciences (INACIF).

However, Guatemalan authorities have highlighted the increase in the number of arrests for crimes such as drug trafficking, murder and extortion, as 49,633 arrests were made last year, up 12.87% from 2012.

The next step in the reforms will involve acquiring ownership of the property used to house police stations nationwide, Juárez said.

Of Guatemala’s 770 police stations, 539 are being leased, while the rest are on loan.

“As part of the new police distribution plan, we will retrain 16,000 officers and then reassign them to their places of origin in the next 10 months,” Juárez said. “That’s the timeframe that we estimate it will take us to put all of the police stations in the country under the new system of police management.”