A political impasse at the United States Congress has caused the federal government to shut down its non-essential services, but the Embassy in San Jose, Costa Rica remains open for business. According to a communiqué by the Embassy, Social Security payments will continue and assistance in applying for federal benefits is still available. 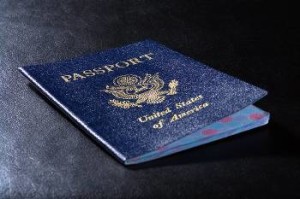 Social Security and Medicare cards will not be issued during the shutdown, and neither will be income verification letters. For travelers who wish to visit Costa Rica, passport issuance in the U.S. will continue, with one caveat reported by ABC News:

Some passport offices are located in federal buildings that will close along with the shutdown, but for reasons unrelated to passports. The State Department recommends calling ahead to make sure an office is open, before going there to apply.

Embassy and consular services in Costa Rica will continue as well, but for how long?

Because the State Department has leftover money in some of its accounts, embassies and consulates will remain fully operational as long as that money is left. State Department officials said they weren’t sure exactly how long it will last.

Costa Rican citizens planning to travel to the U.S. will also be able to apply for visas during the shutdown, according to the Washington Post:

the State Department is planning to continue processing visas through the shutdown, since those operations [like passports] are largely funded by fees collected.

The shutdown of the U.S. government is far friendlier to travelers this time around, at least in comparison to the previous shutdown during the Clinton administration. As previously reported by the Costa Rica Star, the last shutdown frustrated passport and visa applicants with thousands of applications that were not processed, and which were ultimately delayed.

Today, Tuesday, June 8, only ODDS can circulate. The measure is countrywide and applied between 5:00 am and 9:00 pm, save for those under the...
Reports

QCOSTARICA - Costa Rica's economic activity registered in April 2021 a year-on-year growth of 8.8%, a figure affected by a “base” or “rebound” effect,...
Quepos