US Secretary of State to Congratulates Costa Rica On Independence

Through a statement, the Secretary of State of the United States, Mike Pompeo, sent  congratulations to Costa Ricans for their 198 years of independence. 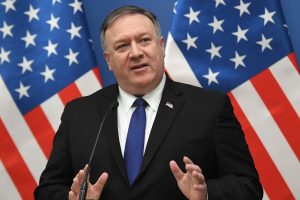 “The relationship between the United States and Costa Rica is based on our mutual commitment to democracy, security and prosperity. Costa Rica continues to be a regional model of democracy and respect for human rights, as well as a leader in the fight against international crime and drug trafficking,” Pompeo emphasized in his message.

The statement was sent by way of the  United States embassy in San Jose.

QCOSTARICA - Good news for Ticos with traveling fever! From Friday, June 25, Germany will allow entry of travelers from Costa Rica as long...
Trends