Use Vinegar To Get Spiders Out Of Your House 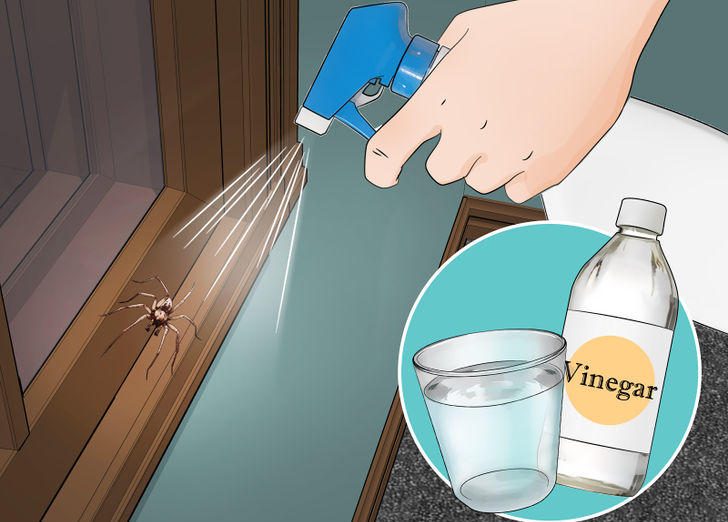 TICO BULL by Rico – We are in the worst of the worst of the rainy season. And the reason why you may see a more than normal share of bugs and arachnids inside your house. More if living near a stream, ravine or forest bordering you house.

Ants are bad, but spiders are the worst.  Was at my mechanics the other day, and spinning a web was the strangest spider, if you call that, I had ever seen. It wasn’t anything like any of the spiders that share my living space in Santa Ana.

If you have a spider problem, this arachnophobia-friendly guide is for you, a natural way to keep these pests out of your house for good. No chemicals, just common sense, white vinegar, water and a spray bottle.

A clean house is the best way of keeping the spiders from coming in, making it “their” home. It’s not easy, some elbow grease is needed and you have put aside your fear of spiders, to live spider free.

Floors should be swept or vacuumed, not much of that goes on in Costa Rica since very few floors are carpet based. De-clutter corners and any other area used to store things.

Outside keep the grass short, watch the law clippings and leaves and sticks.

You should always have a bottle (or gallon) of white vinegar in the house. Vinegar is versatile and comes in handy in many things. You may not like the pungent smell, but that smell also repels spiders, ants and even mosquitos. Though for the latter I burn ground coffee.

Don’t spray the vinegar full strength, a good mix is two to one: two parts water to one part vinegar. Spray around the house, everywhere you might think spiders will be or you have seen to be.

Keep in ming that vinegar may affect surfaces, test first. And ventilate.

Spiders don’t like vinegar or peppermint oil, however, the oil may be difficult (an expensive) to find commonly in Costa Rica.

Spiders can’t burrow into walls. They can, however, go into cracks or holes that are already in the wall.

Most spiders prefer living outdoors, but your home serves as dry place, ideal for them to build their webs. It’s free from rain and they can find nice, dark corners where they won’t be disturbed.

Contrary to all of the above, spiders are a huge benefit to your house, as they eat a lot of pests, such as flies, fleas, and ants.

If the spiderweb is in the way, remove the web and release the spider outside. However, if the spider is dangerous, such as a brown recluse, kill it. You can use this spider identification chart of venomous and dangerous spiders most commonly found in homes.