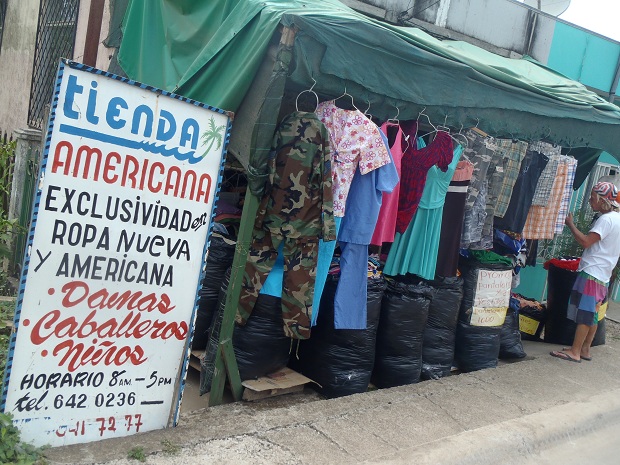 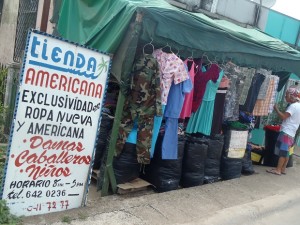 Between 2007 – 2012, used clothing imports rose by 50% according to statistics by the Promotora de Comercio Exterior (Procomer). 87% came from the United States and 10% from Canada.

“The profitability of the business becomes clearer when you take into account that a 20-foot container, with a capacity to transport up to 44,000 pounds of clothes, has an invoice value on average of between US$5000 and US$7.000, according to statistics from the Ministry of Finance . That same container holds 132,000 garments which could be marketed for as much as US$254,000 at weighted price “, reported Elfinancierocr.com.

“This business is like food. It will never go away because it involves goods that people will always need, even in times of crisis,” said Luis Rojas, co-owner of the American clothing importer Mavi.

This retail sector in Costa Rica comprises about 248 importers of second-hand clothes who are now looking at the middle class market. 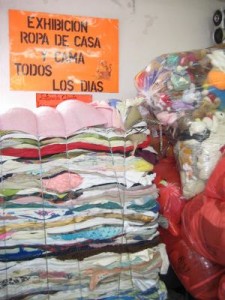 Mahmood Berahimi, who operates 14 “Paca Loca” and 4 “Orange Blue” stores, employing some 400, says business is not as profitable as 10 years ago. With the opening of large chains and smaller competitors across the country, the business ceased to be an attractive activity.

“70% of what is show is not sold. In the end, many have to sell merchandise at rock bottom prices to get rid of inventory. The only way to survive now is for bigger stores and selling larger volumes”, explains Berahini.

His major competitor is Tiendas Sinaí, with 43 locations across the country, targeting the lower class Costa Ricans and Nicaraguan immigrants.

Other names in the used clothing stores are Boutique Cleveland, ByB, Mundo American, Best Choice, Renoavación and California, to name a few, that makes up an industry of 248 importers, according to the Ministerio de Hacienda (tax department).

For Rodolfo Molina, president of the Costa Rican Textile Chamber, these businesses compete unfairly with those who bring new clothes into the country and local manufacturers, as the law does not requires them to label their products with indications such as place of origin and manufacture, which means an additional cost for the other sectors.