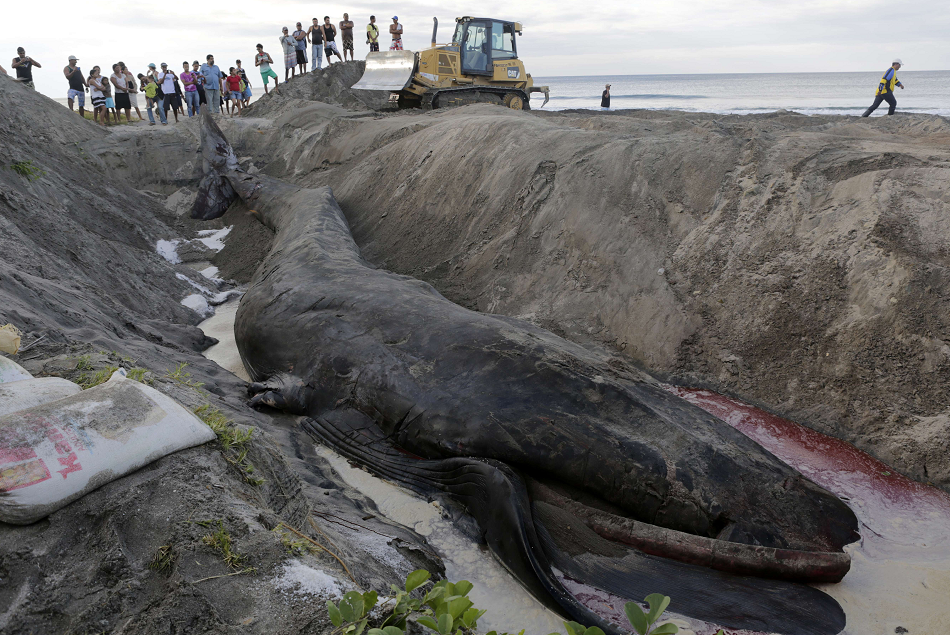 TODAY NICARAGUA NEWS — Locals and tourists bonded on Nicaragua’s Popoyo beach (near Rivas) as they attempted to rescue a stranded blue whale.

But after spending up to 12 hours trying to push the 60ft creature back into the sea, they had to admit defeat and make plans to bury the huge mammal. 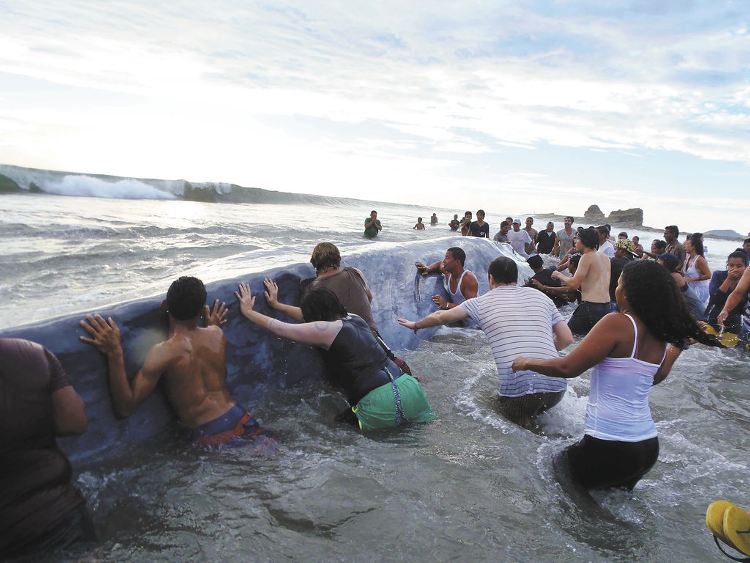 The Environment and Natural Resources Ministry had originally hoped the tide would carry the whale back out to sea, but had to draw up new plans after they woke up to find the whale still on the sands.

With the whale coming in at 60 feet, excavators decided the only plan of action was to dig a huge hole in the sand long and deep enough to contain the animal.

A bulldozer was also brought in, to help manoevre the animal into its beach grave.

This is not the first time a blue whale has washed ashore at Popoyo Beach, which is south-west of the capital Managua.

Thirty years ago, when the last blue whale was beached, the locals weren’t so kind.

Local resident Faustino Moraga Chávez, 46, told Nicaraguan news La Prensa that locals cut up the whale for it’s meat and distributed it among the community.

These days, the Nicaraguan people are far more friendly to the marine mammal – realising the amount of money their wellbeing brings in for tourism operators.

QCOSTARICA - The residents of the Central Pacific endured heavy rains Monday afternoon, June 7, hardest hit the town of Quepos, where the streets...
Travel