Vehicle With No Marchamo For The Last 8 Years

COSTA RICA LIFE – In the unbelievable but true department, the Fuerza Publica (police) and Policia de Transito (traffic police) report the stopping of a vehicle that had been operating for the last eight years without the Marchamo, the annual circulation permit.

In addition, the vehicle had no headlights (burned out and never replaced) and no license plates.

Without saying it did not have the Riteve – the annual vehicle inspection, which is not possible if the Marchamo is not current.

The driver of the vehicle, which is also the owner, now faces a fine of about ¢600.000 colones (US$1.100 dollars), plus the costs to get his car back. And of course, will have to pay all the back Marchamo, plus accumulated interest and penalties; fix the headlights and get new license plates.

The vehicle was stopped during a regular spot checks in the areas of Río Cuarto de Grecia, Guatuso, Alfaro Ruiz and Pital de San Carlos. 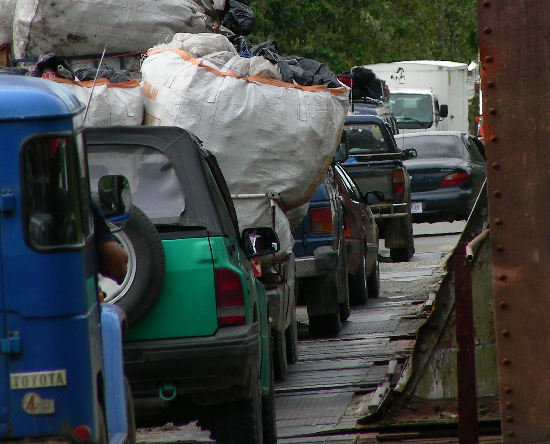 It is not uncommon for drivers in rural communities to drive their “jalopy” and avoid spot checks and local police. The jalopies, in the majority of the cases, are so old and in disrepair that one, would never pass the annual inspection and two, too costly to repair.

Today, Saturday, June 12, only ODDS can circulate. The measure is countrywide and applied between 5:00 am and 9:00 pm, save for those under the...
Entertainment

Today, Wednesday, June 16, vehicles with plates ending 5 & 6 CANNOT circulate The measure is countrywide and applied between 5:00 am and 9:00 pm,...
Infrastructure