Vendors Take Over The Sabana Park Track, And What Is Muni Doing About It? 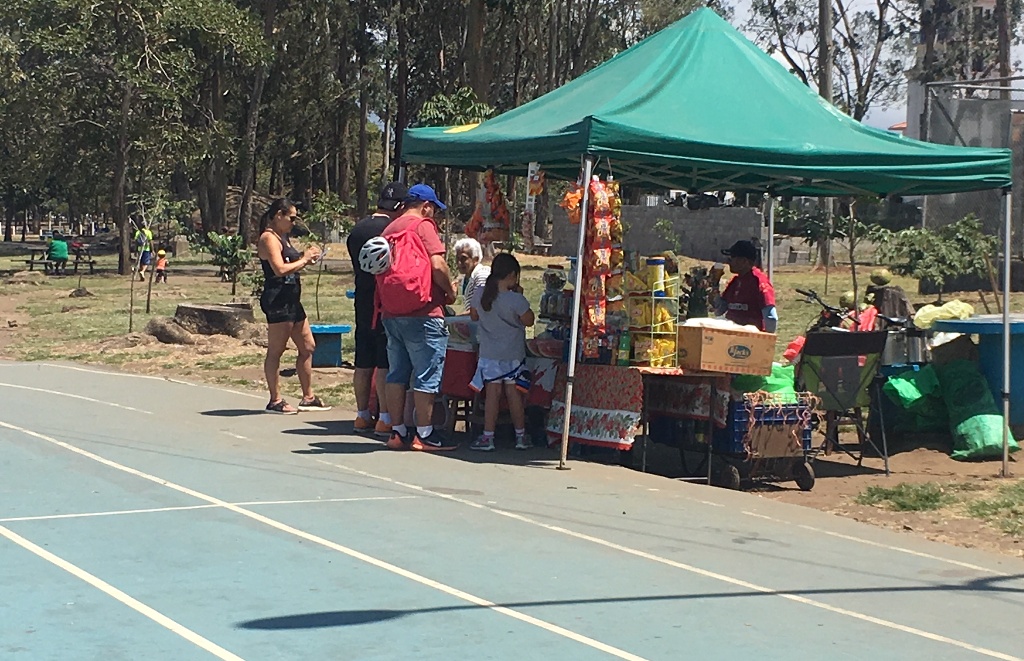 Up to a few years ago, not living far from the La Sabana Metropolitan park, I would be in the park daily. Each morning my 45-90 minute walk included the lake, the playfields, and track of La Saban park. It was great to see athletes make use of the facilities.

In the last couple of years, my walk through the park is maybe monthly. I miss it, but my distance from the park, I am now in Santa Ana and the morning traffic, just doesn’t allow me the ability to walk park as much as I would like. So, it is no surprise that I take whatever opportunity to do as was Saturday morning. 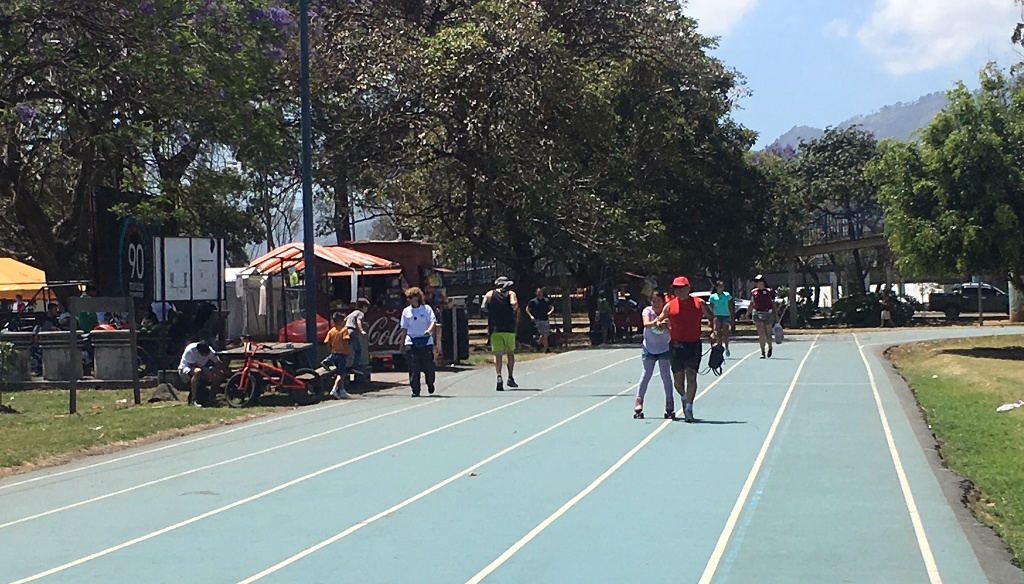 This time, however, I was not happy to see what had become of my favorite San Jose place, in particular, the track: it was worn down, dirty and worst of all, encroached by vendors.

As you will see from the photo.

The track that not long ago was full of runners, joggers, sprinters, cyclists, kids, was not camp for vendors and litter. Even my favorite pack of dogs were gone, probably decided to move to better grounds. 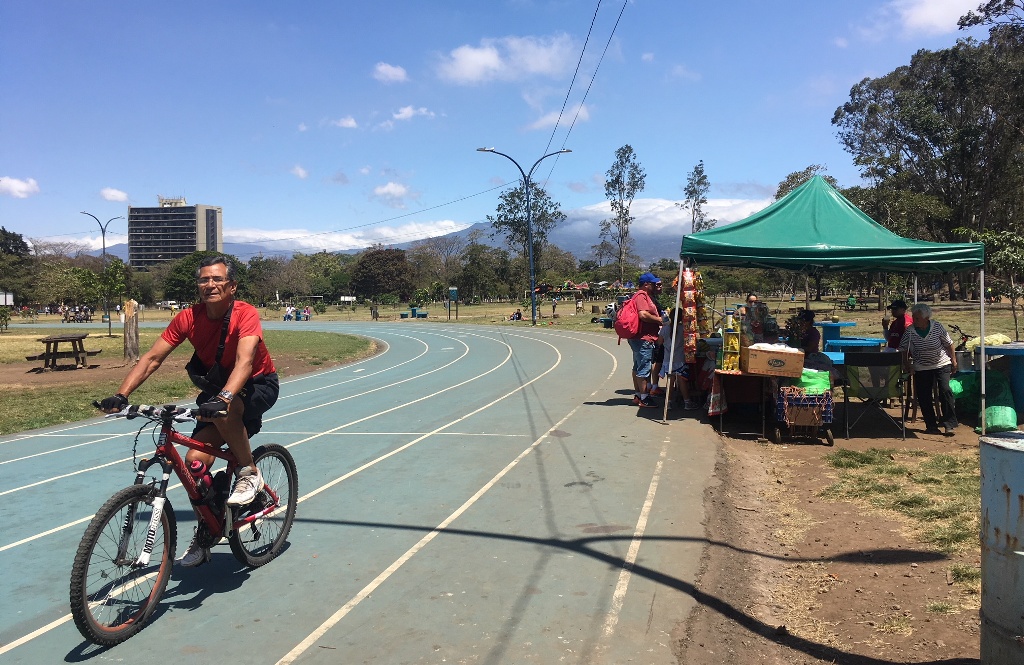 A shame. The jewel of the city quickly become a pigsty.

Please, Mr. Araya, take a walk from your home or office from the Muni, each only a few blocks away, and take note. Don’t let this great space go to the way some of the other spaces of the city.

Rather spend the resources in building a bicycle path that is used by motorcyclists to dodge traffic along Avenidas 6 and 8 to keep up the park. Enforce illegal parking and use the fines to upkeep the lungs of the city.